Taylor Mac is an acclaimed playwright, actor, singer-songwriter, performance artist, director and producer. In June 2020 he traveled to Artpark with his music director Matt Ray for a one-week creative residency and new work commission. While COVID-19 curtailed planned public engagements for this year, Taylor and his band will return to Artpark in 2021 for a public performance and meet-the-artist talk. At the conclusion of his residency, Taylor shared some thoughts on the experience:


In Conversation with Taylor Mac
by Jana Eisenberg for Artpark 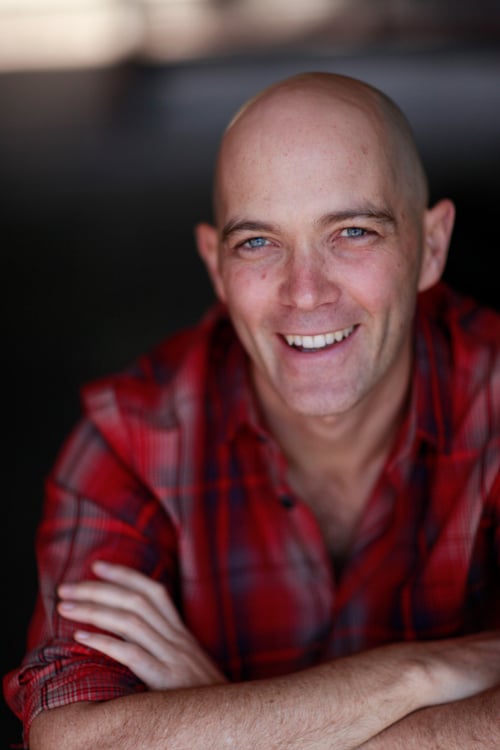 Mac, who in 2017 was named to the rarified class of MacArthur “Geniuses,” and was a Pulitzer Prize finalist for his play, “A 24-Decade History of Popular Music,” spent June 8 through June 12, 2020, in Lewiston, NY, at the invitation and as a guest of Artpark.

While here, he gained some respite from the pandemic-stricken New York City, where he lives and works, and was able to immerse himself in his artistic practice. He was joined for the duration of the residency by his musical director and frequent composing/arranging collaborator, Matt Ray.

“In big cities, where many artists must live in order to make a living, it’s hard to get together and work and make your art. While we were here for the residency, we spent every day talking and talking and working—playing things on the piano, setting up the early structure of our new project, ‘Queer Icons,’’’ said Mac in a recent phone interview. “It was great. Even though we see each other on regular basis in the city, and can do some of our artistic work online, it’s not the same as being together in the same place. Especially after having been in a small apartment for three months of weird isolation depression, it was amazing to have some fresh air, a beautiful view, and to be inspired by Artpark.”

Taylor Mac, said Artpark Executive Director Sonia Kozlova Clark, is just the type of artist that the mission-driven non-profit seeks to engage with. “As part of our mission—in addition to presenting works of art in various forms, like concerts, exhibits, and plays—Artpark is dedicated to nurturing artistic talent,” said Clark. “One way to do this, to put the direct focus on the artists, is through artist’s residencies.”

Mac agrees that artists—and people in general–need time to focus on the arts in various ways “Artpark harkens back to a time when the arts were considered important,” he said. “What’s the point of living if we don’t have things that help us go deeper in to consideration? Things that connect us to loved ones, connect with the past.”

Mac has written and likes to say that the arts help all of us “dream the culture forward.”

“It was wonderful to come to a place that is committed to that consideration; it’s unique in our country,” he said. “Of course we have many theaters, but Artpark, with its beauty and its dedication to the arts…the space feels like it should be a national park.”

Taylor Mac—who uses “judy” (lowercase sic unless at the start of a sentence, just like a regular pronoun), not as a name but as a gender pronoun—is a playwright, actor, singer-songwriter, performance artist, director and producer. Judy’s work has been performed in hundreds venues including on Broadway and at New York’s Town Hall, Lincoln Center, Celebrate Brooklyn, and Playwrights Horizons, as well as London’s Hackney Empire and The Barbican, D.C.’s Kennedy Center, Los Angeles’s Royce Hall and Theater at the Ace Hotel (through UCLA’s Center for the Art of Performance), Chicago’s Steppenwolf Theatre, the Sydney Opera House, The Melbourne Festival (Forum Theater), Stockholm’s Sodra Theatern, Spoleto Festival, and San Francisco’s Curran Theater and MOMA. Judy is the author of many works of theater including, Gary, A Sequel to Titus Andronicus, The Fre, A 24-Decade History of Popular Music, Hir, The Walk Across America for Mother Earth, Comparison is Violence, The Lily’s Revenge, The Young Ladies Of, Red Tide Blooming, The Be(a)st of Taylor Mac, Cardiac Arrest or Venus on a Half-Clam, The Face of Liberalism, Okay, Maurizio Pollini, A Crevice, and The Hot Month and the soon to be premiered play, Prosperous Fools and The Hang. Sometimes Taylor acts in other people’s plays (or co-creations). Notably: Shen Teh/Shui Ta in The Foundry Theater’s production of Good Person of Szechwan at La Mama and the Public Theater, in the City Center’s Encores production of Gone Missing, Puck/Egeus in the Classic Stage Company’s A Midsummer’s Night Dream, and in the two-man vaudeville, The Last Two People On Earth opposite Mandy Patinkin and directed by Susan Stroman.

Mac is the 2020 Ibsen Award winner, a MacArthur Fellow, a Pulitzer Prize Finalist for Drama, a Tony Award® nominated playwright, and the recipient of multiple awards including the Kennedy Prize for Drama Inspired by American History, a NY Drama Critics Circle Award, a Doris Duke Performing Artist Award, a Guggenheim, the Herb Alpert in Theater, the Peter Zeisler Memorial Award, the Helen Merrill Playwriting Award, 2 Bessies, 2 Obies, a Helpmann, and an Ethyl Eichelberger Award.  An alumnus of New Dramatists, judy is currently a New York Theater Workshop Usual Suspect and the Resident playwright at the Here Arts Center. 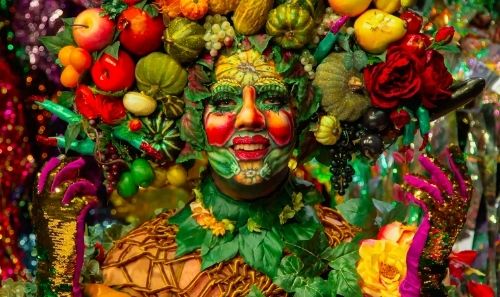 Artpark was a supporting partner for the world premiere of Taylor Mac Holiday Sauce...Pandemic! on December 12, 2020. Taylor Mac and his long-time collaborators, designer Machine Dazzle, Music Director Matt Ray and producers Pomegranate Arts joined together to celebrate the holidays in all of their dysfunction. Holiday Sauce…Pandemic! blended music, film, burlesque and random acts of fabulousness. Taylor Mac reminded us of the collective power of our chosen families, a message of particular resonance in 2020 when so many lost so much.

Holiday Sauce…Pandemic! was commissioned by The International Ibsen Festival, The Norwegian Ministry of Culture and The National Theatre of Oslo who presented it with additional support from Artpark, ASU Gammage at Arizona State University, Berliner Festspiele, UCLA’s Center for the Art of Performance, Curran-San Francisco, Firstworks/Brown Arts Initiative, The Guthrie Theater, The Hopkins Center for the Arts at Dartmouth, Live Arts Miami, OZ Arts Nashville, Park Avenue Armory, Seattle Theatre Group and On The Boards, Stanford Live at Stanford University, Teatros del Canal Madrid, TO Live, UtahPresents, and Wexner Center of the Arts at the Ohio State University. 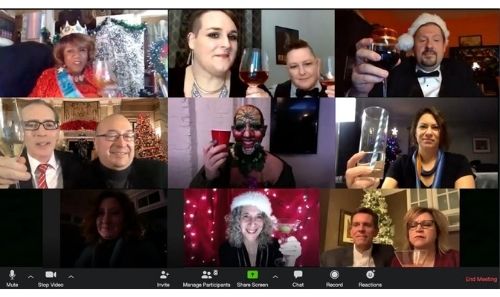 Immediately following the performance, Artpark and the LGBTQ+ community with emcees Anthony Chase & Javier Bustillos hosted a local party via Zoom. During the After Party, we honored artist Ari Moore, Buffalo’s first prominently out Black trans woman who has established herself as a leader and matriarch of the local movement for decades. Moore owned and operated the Inner City Art Studio before joining the Buffalo Police Department, where she served as an officer for 25 years. Members of the Holiday Sauce community stopped by to join the festivities with our honoree in attendance.


The performance was then available to stream on-demand through January 3, 2021