The art of walking

Click here to read the story of this international collaboration

The ART OF WALKING, created through an international collaboration between New York-based theatre and visual artist Carin Jean White and artists Itsaso Iribarren & Germán de la Riva from Spain, traced and celebrated Artpark’s history, unique landscape and ecology, art and more. It connected with Niagara’s ancient past, engage with the present & imagine the future.

Much more than a traditional walking tour, the ART OF WALKING was a moving meditation combining walking, stillness, listening and site-specific performance in which all were active participants exploring the nature, poetry and story of Artpark while adhering to social distancing guidelines during COVID-19.

Two trained performers lead groups of up to 25. Headphones (cleaned before and after each use) were provided through which participants listened to their guides, ambient sounds and music of the park.


Featured in The New York Times -  Click here to read 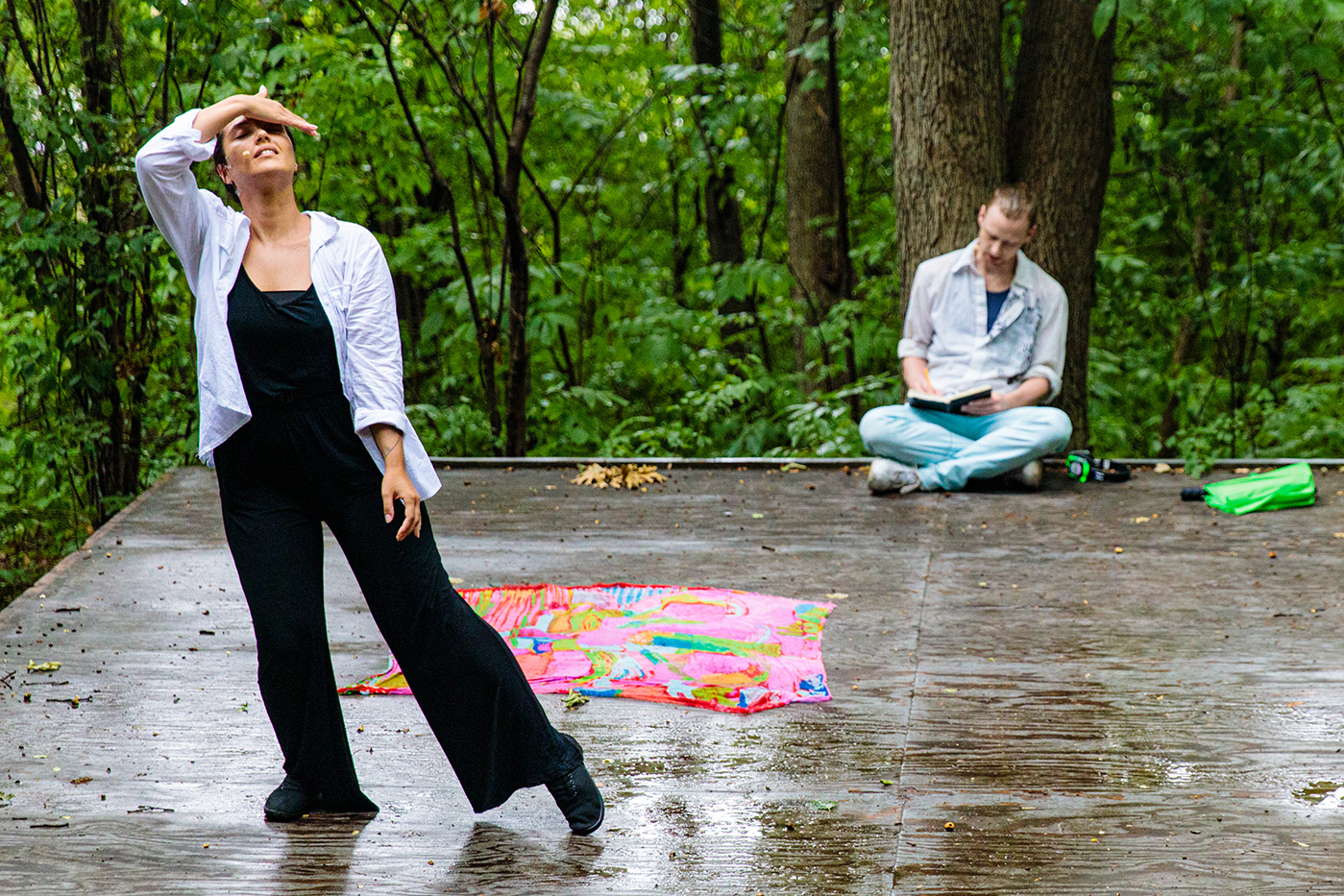 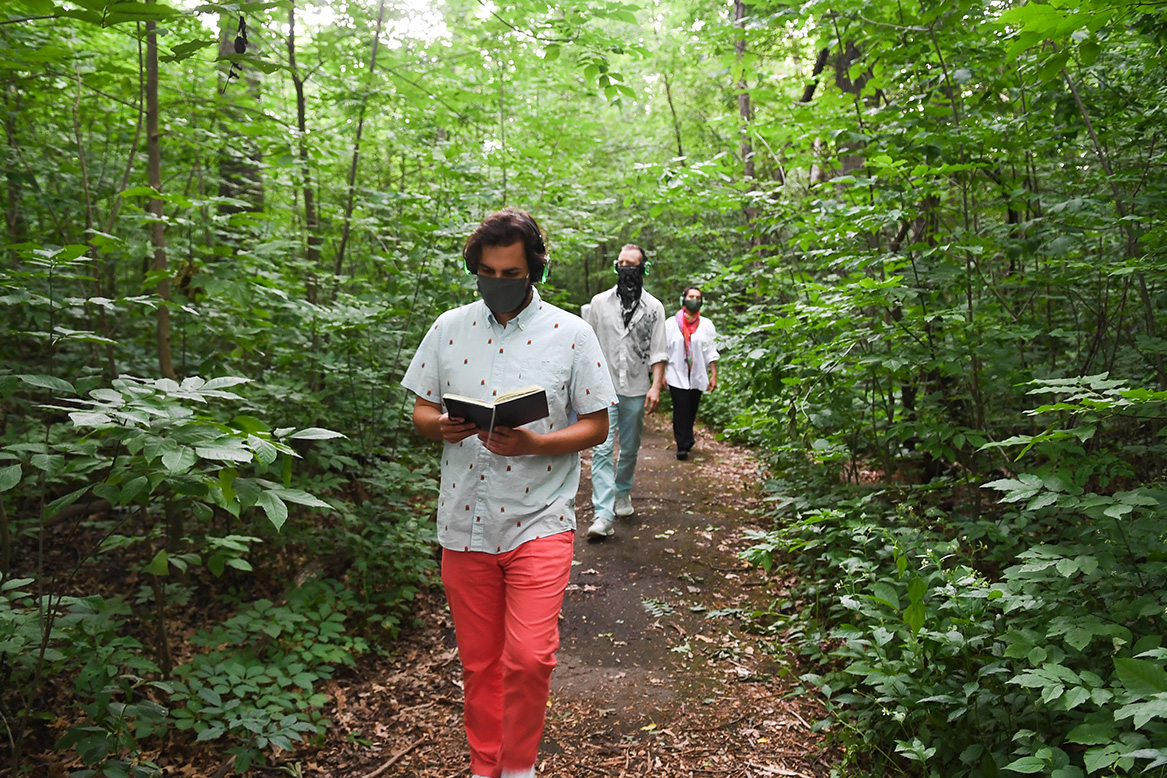 
Participants were moved by the experience. Selected feedback:

"I’ve been to Artpark twice since I moved to Buffalo, and both times I ended up sobbing happy tears. The Art of Walking, a socially distanced site specific combination of performance and walking meditation was incredibly moving. I cried at the resilience and creativity of humans, designing ways for us to engage with each other and the world safely and meaningfully.

Our skin was moist, not as if we had sweat, but as though the Niagara river had risen to join us and settled on our skin. Something about being masked in the heat became consciousness shifting, like the heat from a sweat lodge, and the use of headphones caused us to focus deeply. We moved through the woods and the land art, and paused to pay our respects at a Haudenosaunee burial. We danced with umbrellas on the largest painting of 1979, Niagara by Gene Davis (which doubles as a drive in theater). We stood in the wings of the theater. We moved along the river and played percussion and wind chimes in the Emerald Grove. And we walked. And we noticed our walking. And we noticed the leaves and the stones and the cracks in the walls. And we felt alive and a part of something, a part of community and a part of the earth.

I am incredibly grateful to the performers, musicians, and writers. I actually stumbled upon the event by accident and I’m so thrilled that I joined. We can continue to LIVE even as this virus threatens us. Safely, outside, masked, and six feet apart. But very much transcendent. Thank you to creators Carin Jean White, Itsaso Iribarren & German de la Riva and performers Angela Lopez and Phil Wackerfuss; you filled me with joy."
-- Acupunktrix - Buffalo, NY
"My experience of Art of Walking was eye opening, mind opening and body opening, an experience that I will treasure the rest of my life.

Dancing with long and short strides, tiptoeing and improvising on whatever color we chose in an immense field of stripes holding umbrellas, is one of my favorite experiences ever. Partnering with my Artpark Bridges teacher, we created our Art of Walking dance together.

The soothing, smooth guiding voices eased my mind and put me in a euphoric state to readily enjoy this experience. Wearing headphones to block out any outside interference, hearing their voices completely and only, what a rush!

Art of Walking allowed me to feel and experience the environment and elements around me, on trodden forest path, beside sacred ground, in backstage wings, within a spiral of sea rocks, along rushing water, until each of us created our walk with the wind sound of chimes.

I found a feeling of relaxation and release that left me with a whole new attitude. Thank you for this unique experience."
-- Ed Smith - Buffalo, NY 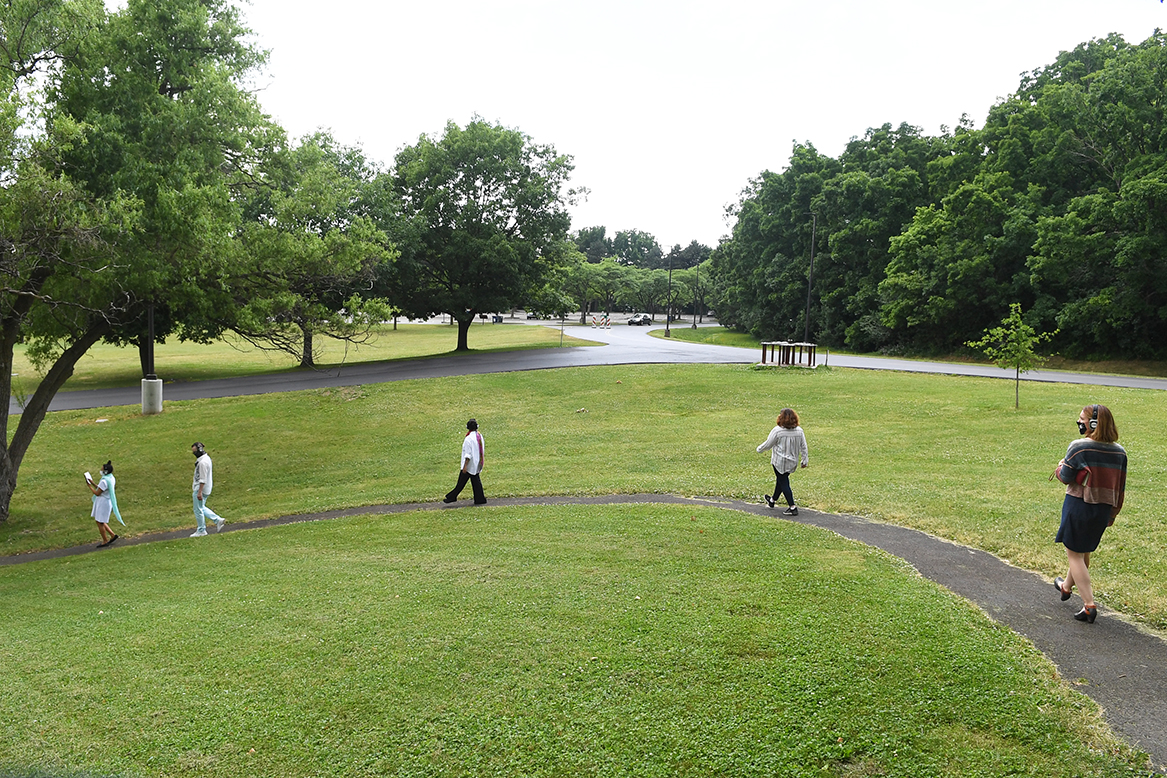 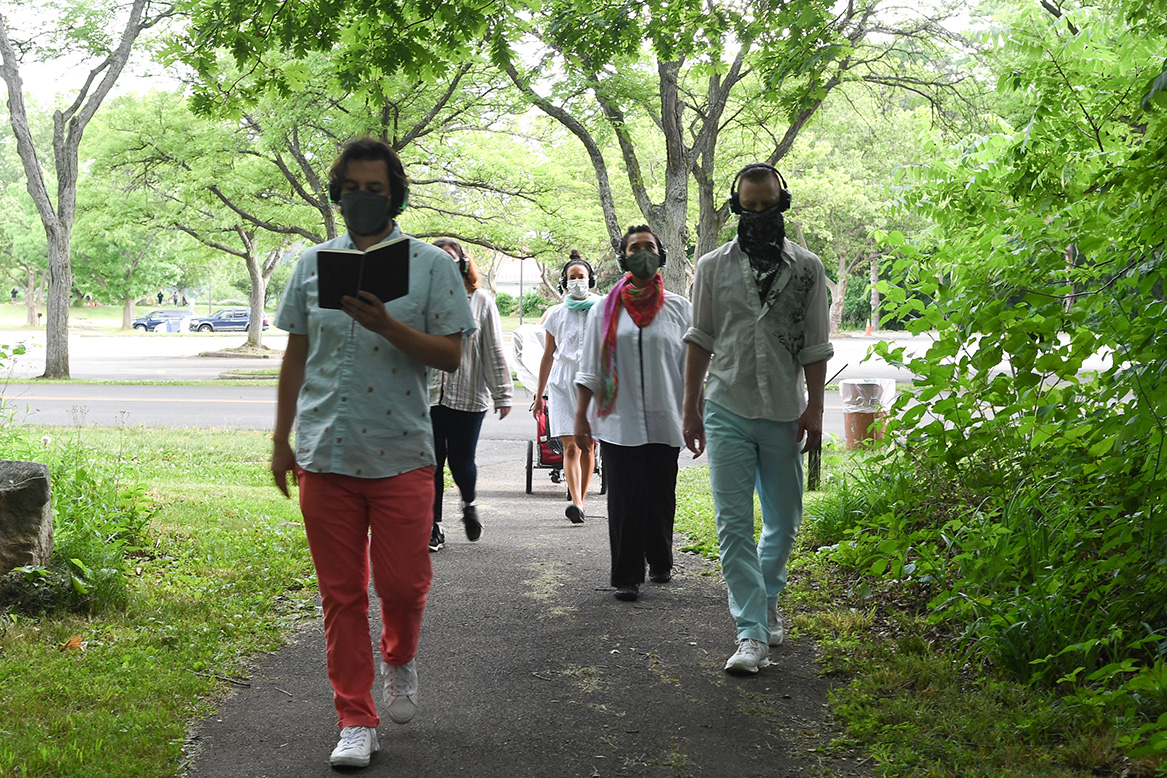 The Art of Walking Team 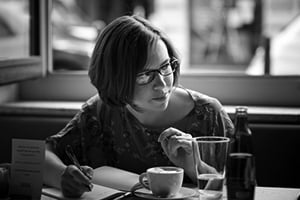 Carin Jean White is a theatre and visual artist. Favorite projects include resident directing Spiegelworld’s EMPIRE on Broadway; directing, designing and adapting HAMLET CU3ED at Access Theatre in NYC, a fusion of theatre and visual installation; directing the Utah premiere of NICKLED AND DIMED for Salt Lake City’s Women’s Week; and directing and designing SECRET LIFE (produced by Unicycle Productions), an exploration of the Prague’s history using street theatre and visual installation for the Prague Quadrennial. She has worked with Performance Workshop (Taiwan), California Shakespeare Theatre Company, Brooklyn Conservatory of Music, and Sundance Theatre Lab amongst others. Carin’s large scale paintings and installations have been shown throughout NY and the Bay Area. She is co-artistic director of Excellent Creature Theatre Company (Garrison, NY) and founding director of Kingston STEP, a free theatre-training program for teens. She holds an MFA in Theatre Directing from Columbia University where she currently teaches in the Writing Program. Carin resides in the Hudson Valley. 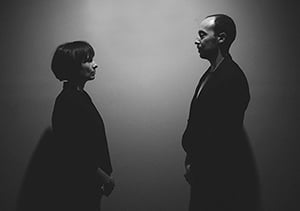 These artists and researchers have worked together since 2005. During this time they have created several pieces addressing topics such as history of dance, contemporary forms of life and work or the relationship between body and industrial processes. They have presented their work at different venues and cultural events through Europe and South America.