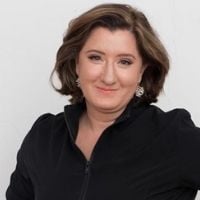 Sonia came to Artpark in 2015 with 20 years of experience in performing arts management, finance, fundraising, theater producing, international tour management and artist management. She has worked with such organizations as GAAP Bookings, Meredith Monk and The House Foundation, Stage Entertainment Russia, Urban Stages, New York City Opera, New York Philharmonic, IMG Artists, and Schwalbe & Partners. Also, independently produced projects by her own company Unicycle Productions LLC at DUMBO Arts Festival, Prague Quadrennial, Blanca Lee’s U.S. tour of “Robot”, Slava’s Snowshow projects, including an extraordinary tour of 40 Russian clowns in the Nevada desert at Burning Man. Sonia holds an MFA from Columbia University School of the Arts in Theatrical Producing and was born in Moscow, Russia. When not thinking about Artpark, she can be found enjoying time with her family and loved ones, reading, playing piano badly, gardening, or generally being outdoors. Contact 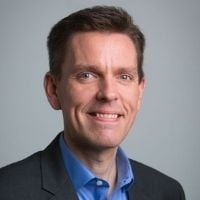 Dave joined the Artpark team in 2018 with extensive experience in performing arts marketing, sales, communications, programming, sponsorship and development. Previously he was the Director of Marketing for the University at Buffalo Center for the Arts in Amherst, NY for 15 years, preceded by five years as Associate Director of Marketing for the CFA. He started his career as Associate Director of Development for Shea’s Performing Arts Center in Buffalo, NY. A strong advocate for the arts, he also serves on the Board of Directors of MusicalFare Theatre and is Vice President of the Board of Directors for Arts Services Inc. He holds an MBA from the University at Buffalo and BS in Business Administration from SUNY Fredonia. Dave resides in Amherst with his wife Susan and his interests include bicycling, playing the saxophone, and attending live performances. Contact 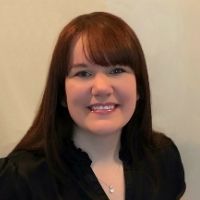 Katie has been a part of Artpark’s team since 1996 where she puts her organizational and detail-oriented skills to use. Prior to her work as the Business Manager, Katie ran Artpark’s Box Office for 17 years. Katie earned her Bachelor’s Degree from the State University of New York at Buffalo in Psychology with a minor in Accounting. She enjoys spending time with her family and decorating her home in Lewiston, NY where she resides with her husband and daughter. Katie enjoys going out to local restaurants, going on hikes outdoors and enjoys photography. Contact 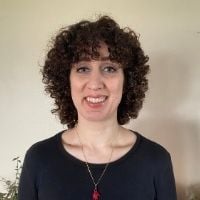 Director of Corporate and Community Partnerships

Anjuli, a Niagara Falls, NY native, comes to Artpark with 15+ years of experience in the live entertainment industry. She has worked extensively with local and national promoters on varied projects; most notably the launch of independent live music venue the Town Ballroom in Buffalo, NY. Anjuli plays an active role in event management for local community organizations including Buffalo String Works and The Evergreen Health Foundation. Anjuli’s passion for live music drives her to travel often for acts both new and old. When not at a show, Anjuli can be spotted at a Pilates class, supporting a local restaurant, or hanging with her favorite fur companions Dory and Duke; David Bowie references of course! Contact 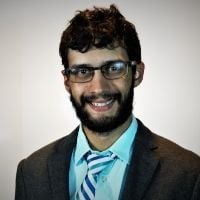 Michael came to Artpark in 2019 with nearly 10 years of nonprofit experience and holds an MS in Communication and Leadership with a focus in Nonprofit Management. As part of Artpark's development team, Michael coordinates grants and donor letters, manages Artpark's Raiser's Edge database, and supports all other Artpark fundraising efforts. Michael is also Artpark's unofficial membership coordinator, serving as the first point of contact for all of Artpark's members. Having many interests, Michael has played piano for over 20 years, worked as a set designer for Canisius College's Little Theatre for almost 10 years, is an avid rec league softball player, and a proud dog Dad. Contact 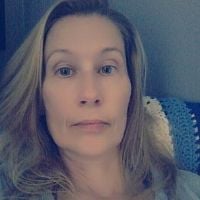 Susan has been with Artpark for 21 years. She went to North Carolina School of the Arts in Winston Salem, NC. After college she toured with two National Tours throughout the U.S. and then landed in Manhattan, where she helped to manage Philip Glass, Diamanda Galas and Spalding Gray. She then joined the ranks of Broadway with shows like: SUNSET BOULEVARD with Glenn Close, DAMN YANKEES with Jerry Lewis, CATS, FAUST – a workshop with RANDY NEWMAN. She then headed to Boston and headed up BLUE MAN GROUP for four years as their Stage Manager. Susan has worked proudly with Neglia Ballet, BPO and Shea’s on various productions through the years. Susan’s hobbies include bedazzling, making clothes for her cats and hanging out with rock stars. Contact 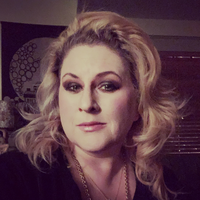 Originally from Sweden, Anna grew up on a fruit farm in Niagara County. She attended the State University of New York at Buffalo where she earned a BS in Business Administration with a minor in Art History and her MBA. She has worked in various industries including 18 years as Vice President of Digital Marketing Services for Hearst Media, managing Season Subscribers for the Greater Buffalo Opera Company, and in Ticketing with the Buffalo Sabres. In her spare time Anna enjoys gardening, traveling, live music, collecting art and snuggling with her cats. She also continues to work as a freelance graphic designer and writes trivia for a weekly quiz night she co-hosts at a local restaurant. Contact 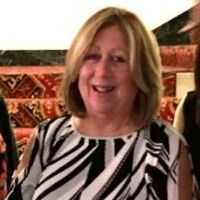 Nancy joined the staff of Artpark in 2002. Prior to moving to Youngstown with her husband, George, who came to Artpark to become its President, Nancy held the position of Director of Ticketing Services at the Bushnell Memorial Hall, a 2,750-seat theater in Harford, CT. She subsequently held positions as Director of Ticketing Services and Subscriptions with the Connecticut Opera, the Hartford Ballet, and the Hartford Chamber Orchestra. Immediately prior to moving to Western New York, Nancy was engaged as Director of Ticketing and Concessions for non-athletic events at the University of Hartford. When not working Nancy enjoys spending time with her three grandchildren, Dahlia, Jack, and Ruby Rose, all of whom live in the Greater Buffalo area. Contact 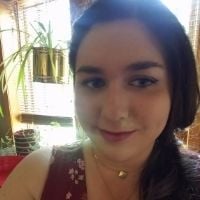 Sarah started at Artpark in 2011 as a summer bartender while attending college at Binghamton University. After several summers she became supervisor at the Brick Road Bar and in 2016 she began assisting Nancy Osborne in the operation of the Patron Services department. In her spare time Sarah enjoys spending time with her nieces Scarlett and Lorelai, reading, watching horrible reality television with friends, and playing with her kitten Haru. Contact 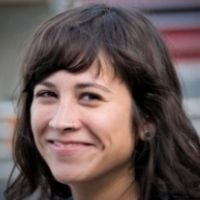 Tanis was born and raised in Youngstown, NY. She studied fine art and visual studies at Purchase College and arts education at Buffalo State College, and earned her MA from Boston University. She has worked at galleries in Manhattan, NY and has served as the Audience Balloting Coordinator at the Hamptons International Film Festival and as a Theater Manager at the Tribeca Film Festival in New York. Tanis has been involved in Artpark for twenty years. Here she has been involved in the inception and directing of various festivals, art programs, fine art installations and arts education experiences working with numerous local organizations. Tanis has curated and installed works by many local and international artists and her own artwork has been exhibited at galleries throughout Western New York. Contact

David started his association with Artpark over 15 years ago as a high school student volunteer and he has gone on to become a full-time employee holding many positions over the years. He has served as an Assistant Stage Manager for many Artpark musicals as well as company management coordinator for the Radio City Music Hall Christmas Spectacular featuring the Radio City Rockettes, an Indigo Girls tour, and a production of the “Price is Right.” As a Security Manager he has worked on such events as The Oscars, the Super Bowl, the Rose Bowl, and “Dick Clark’s Rockin’ New Year’s Eve featuring Ryan Seacrest.” David is a member of the International Association of Venue Managers, the Event Safety Alliance, and a certified trainer for Techniques in Effective Alcohol Management. He was recently honored with the first ever Statewide Partners in Prevention award from the Office of Fire Prevention and Control. He currently is a member of the Northwest Jazz Festival Board of Directors. Contact 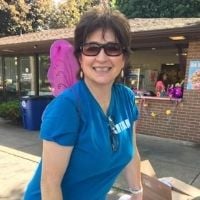 Francine was an Artpark volunteer for several years before joining our staff in 2017. She oversees a dedicated volunteer corp of over 140 people who work the various shows, programs and events that Artpark is famous for presenting each season. Francine’s connection with Artpark dates back to its early years as a patron who enjoyed visiting the Art El and seeing once-in-a-lifetime performances by Mikhail Baryshnikov, Sting and Joe Cocker. Later as the New York State Assemblywoman representing the western half of Niagara County, she secured millions of dollars in state funding to support infrastructure improvements for the Mainstage Theater. Francine appreciates the unique treasure Artpark is in Lewiston and looks forward to its future. Contact 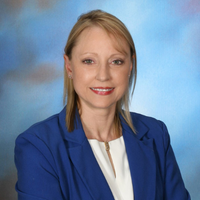 Cynthia brought 15 years of non-profit organization management, strategic goal achievement and program development when joining the Artpark team in 2019. Her work at the intersection of arts and chronic disease management has garnered awards from New York State Council on the Arts, Parkinson's Foundation, Garman Foundation and Health Foundation. Cynthia holds a BFA cum laude in Dance Performance from University of Cincinnati College Conservatory of Music. Artpark played a formative role in Cynthia's pre-professional life as a young ballet student, giving access to world renown artists and repertoire as she grew into a principal dancer of a local WNY company before touring the world with American and European ballet companies. Her professional stage career now translates into directing site-specific performance and art-making.for people living with neurodiversity or progressive disease. Her work as an interdisciplinary artist in sculpture and photography has been exhibited in WNY arts institutions and her solo exhibit "Simple Footsteps, Deep Echoes" as Artpark Artist in Residence gave tribute to Artpark's impact on her past and present. Hiking and intuitive sound composition are favorite pastimes. Contact 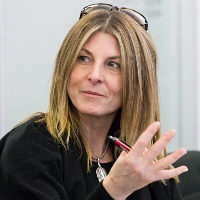 Métis/Algonquin, Bear Clan, is President of Kakekalanicks, an Indigenous arts and consultancy company which educates, enlightens and entertains broad audiences through the promotion of Indigenous knowledge through art, artists and performers. Ms. Burnett is the co-founder of Landscape of Nations 360°, a unique Indigenous education and tourism initiative. She is creator and Artistic Director of the Celebration of Nations and the Indigenous Producer at Artpark, where she curates the Annual Strawberry Moon Festival, and Indigenous Ways of Knowing on-going programming, all which provide a far-reaching platform for the community to embrace and honour the unique heritage, diverse cultures, and outstanding achievements of Indigenous peoples. Ms. Burnett has recently been part of multiple large and meaningful art installations and memorials in various capacities including: the Landscape of Nations Commemorative Memorial in Queenston Ont, the Curtain Call installation at the FirstOntario Performing Arts Centre in St. Catharines Ont, the Native American Peace Garden at Artpark, and conceptualized and produced the Indigenous site reactive audio Journey – "Her Moccasins Talk" for Artpark’s Sonic Trails. Contact