ARTPARK is a park and a cultural institution located on the Niagara Gorge, USA. Established in 1974, Artpark is a collaboration between the New York State Parks and the cultural nonprofit institution Artpark & Company.

Artpark is currently programmed and managed by an independent nonprofit Artpark & Co. and is widely regarded as a summer outdoor music venue ranked one of the top 100 Amphitheaters Worldwide by Pollstar.  Artpark delivers 150+ events attended by 150,000+  visitors, on 150+ acres of land over 110 days of summer.  Ninety of these events are community & family programs delivered to over 50,000+ people at low or no cost.   Artpark & Co. programming delivers $13-Mil in estimated annual economic impact on the community.

Artpark & Company produces and presents excellence in the performing and visual arts, and creates unique cultural experiences in a casual, natural setting. Artistic talent is nurtured and allowed to flourish in an atmosphere that is entertaining, educational and interactive for Artpark visitors.

Originally owned and operated by New York State, Artpark opened in 1974 as an unprecedented experiment in artist-public interaction and site-specificity that balanced a populist mission with the commissioning of some of the most avant-garde, investigational art of its day.  Over its first decade (1974-1984) it commissioned hundreds of artists and collectives to realize new work during the summer months. At the end of the season it was either destroyed or owned by the artist.

It was the site of Adam Sonfist’s Pool of Virgin Earth, a 25-foot-diameter (7.6 m) clay basin for catching aerial seeds and projects by several women artists in the 1970s. It continued to be an important laboratory for outdoor sculpture, with over 200 artists and collectives creating art and installations between 1974 and 1984 including works by including Charles Simonds, Ant Farm, Dale Chihuly, Dennis Oppenheim, Michelle Stuart, Alice Adams and Agnes Denes and Nancy Holt to name just a few.

With State Funding cuts in the early 1990s and the restructuring of Artpark as a partnership between New York State Parks and the independent non-profit Artpark & Company, the residency program ceased to exist, giving way to outdoor music concerts and summer stock musical theatre from 2000-2015.

As part of Artpark’s new long-term strategic thinking, a major Master Plan has been launched toward an ongoing transformation plan through design, technological advancement, economic sustainability and cultural leadership. 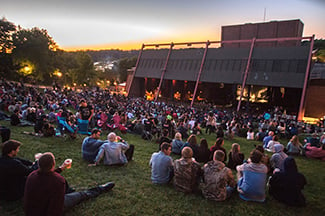 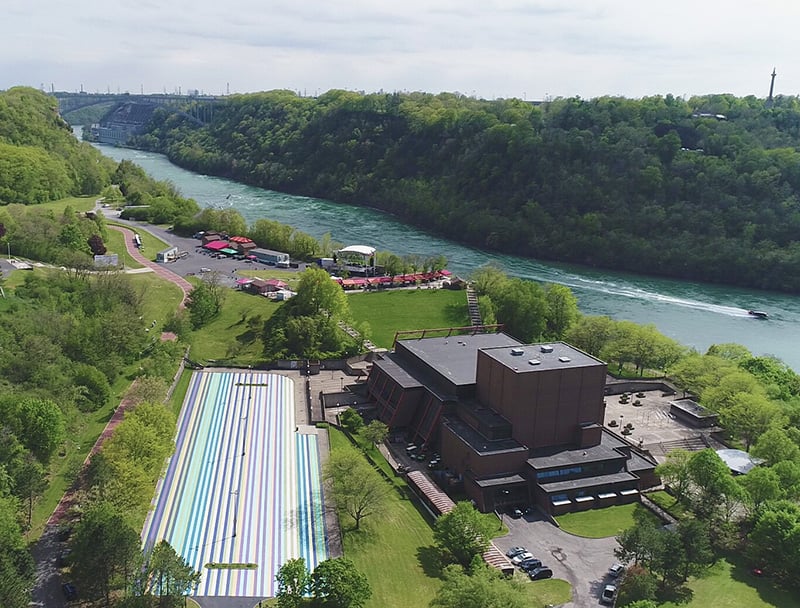 Music and Theater at Artpark

When Artpark opened in 1974 the stage of the main theater was among the largest in the entire State of New York and by far the best equipped in Western New York to produce fully staged theatrical productions.  As early as 1975, the first full year of operation, Music Theater began to play a prominent role at Artpark with the production of Man of La Mancha.  Over 10,000 people attended the five performances of this musical and the glorious history of musicals at Artpark was off and running. 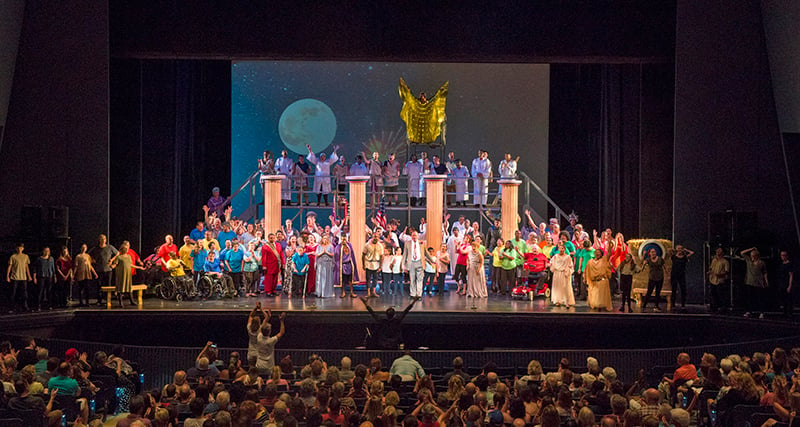 Over the course of the next 40 years, 104 fully staged musicals would be produced and presented on the Artpark stage before audiences ranging from 10,000 to 40,000. Over the course of it 40 year history, over 2.5 million persons have attended musical theater performances at Artpark.

In 2018, Artpark undertook a fresh iniative that gave the spotlight to our Western New York community in a musical theatre production of  THE ODYSSEY by Todd Almond and Lear Debessonet.  This groundbreaking community collaboration involved over 200 participants including theatre professionals, volunteers and community organizations. Broadway stars joined community actors, students and volunteers. Supporters graciously donated food, rehearsal space and monetary contributions. Months of workshops, rehearsals and artistic collaboration came to a triumphant presentation at Artpark's Mainstage Theater on August 4 and 5, 2018.

In our 40 year’s history, some of the lead artists in the nation had performed at Artpark on both our stages – the outdoor Amphitheater (9,999 capacity) and indoor Mainstage Theater (4,000), including: 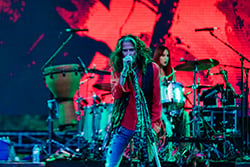 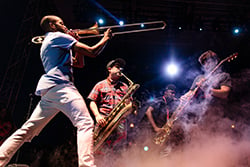 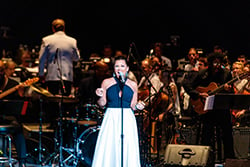 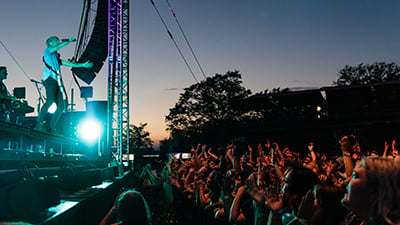 World-class arts and entertainment made accessible to all.

Artists in residence investigate and challenge complex issues of sustainability, and make them tangible through public art.

Artistic legacy is bridged with progressive future in the arts, culture and technologies.

The Artpark & Company Board of Directors is a volunteer assemblage comprised of community leaders, tourism officials and other esteemed Western New York businesspeople. These individuals are imperative in Artpark's planning process, budget development, sponsorship obtainment and event organization.

The above economic impact results in the support of 391 full time equivalent jobs.

Artpark generates over $640,197 in revenues annually for local government.

Artpark generates over $773,544 in revenues annually for state government.

Artpark spends over $5.6 million in the local and regional area (community) for services, equipment, supplies and advertising.

* Data from Americans for the Arts 'Arts & Economic Prosperity IV': The Economic Impact of Nonprofit Arts and Culture Industry (Calculator). 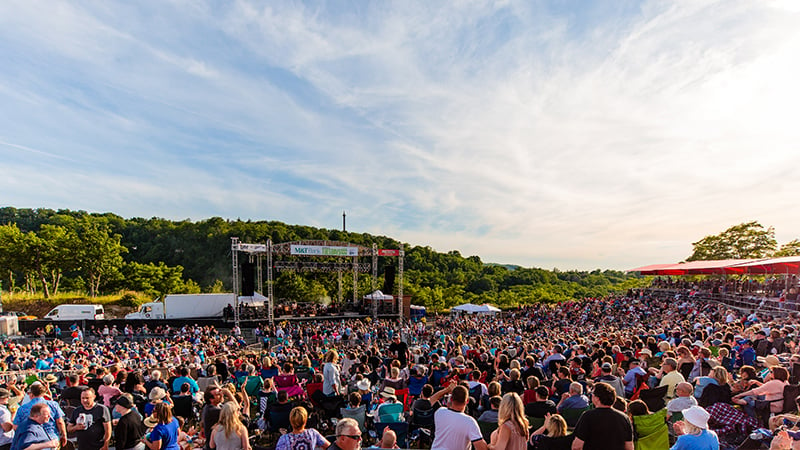