In 2017, Artpark launched a Kickstarter campaign that hailed the support of 145 community backers to re-install the painted parking lot artwork titled “Niagara 1979” by Gene Davis.

The work has ben installed in it’s original location, parking lot C, which is adjacent to the Mainstage Theater at the base of the red brick road.

The piece is made up of 60, two-foot wide by 364-foot long lines will be rolled in nine different colors. The original artwork required 450 gallons of paint, seven miles of masking tape, the help of eight interns and an artist assistant (Clarence Wood).  In the summer of 1979, the artwork of over 43,000 square feet was the world’s largest painting and thousands came out to experience it. 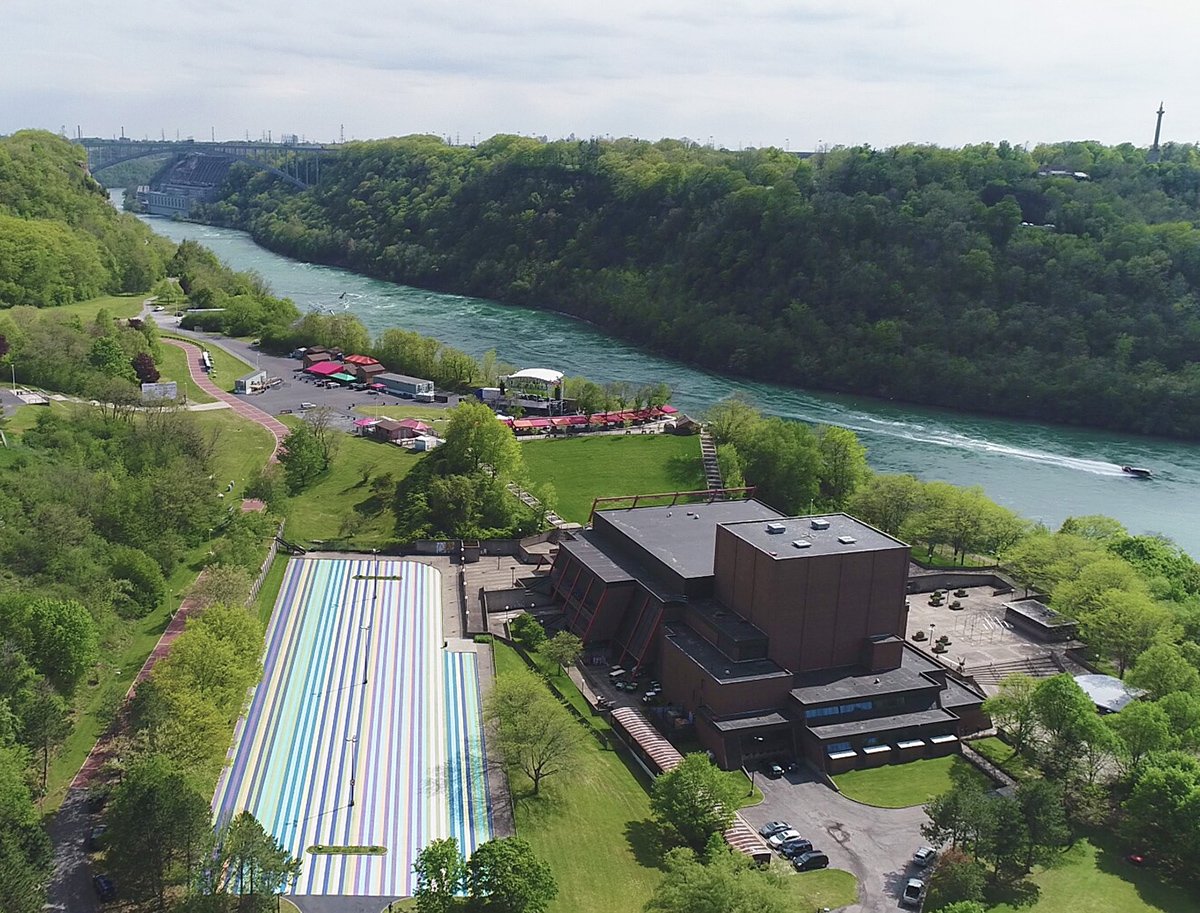 Artpark gives special thanks to Michael Broderick and Robin Faulring of Orange Cat Coffee Co. in Lewiston for their dedication to the campaign, Sherwin-Williams for securing paint and materials, Accent Stripe, the Patricia H. and Richard E. Garman Art Conservation Department at Buffalo State College for their assistance with color matching, and to The Smithsonian American Art Museum (who holds the Gene Davis estate) for their permission to re-install the piece.

Dr Anthony Bannon, Executive Director of Burchfield Penney Art Center said of the work, "How wonderful that...Artpark repeating in the spirit of Gene Davis says we're going to try the impossible, we're going to build this again....It's outrageous, it's impossible, but I think we can make it, and make the impossible something that we recognize, and champion, and want to stand behind."