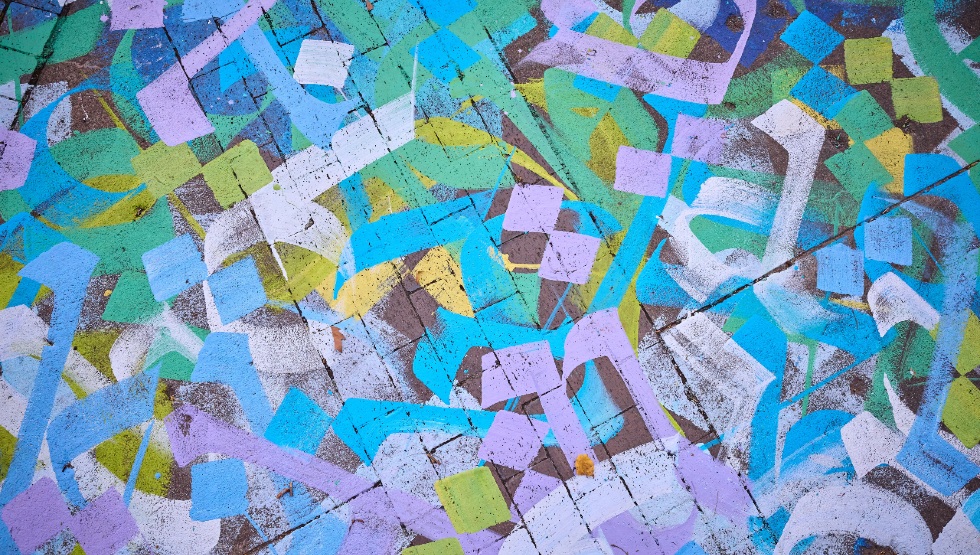 All photos by Jordan Oscar except where otherwise noted

Stroll along a rainbow path created by 2021 Summer Artist-in-Residence Muhammad Z Zaman, where one can find Unity in Diversity. Inspired by ancient practices and urban techniques, Zaman weaves a unique narrative through layer upon layer of joyful colors and patterns, which show the importance of mutual respect, despite the seeming impossibility of communicating or understanding each other. Fusing elements from English, Bangla, and Arabic, the mural is an invitation of hope that humanity will be stronger with mutual connection and inclusiveness.

“I will never forget my experience painting this Mural at Artpark,” said Muhammad Zaman. “I received some feedback from the people who were walking in the park, and this is something really special to me. They were attracted by the joyful colors and because they’ve never seen anything like it. Having the chance to paint in such a beautiful and peaceful environment was really inspiring.”

The creation of cultural experiences in nature such as these is part of what makes Artpark a singular institution, and it would be our pleasure to celebrate these new installations with you. 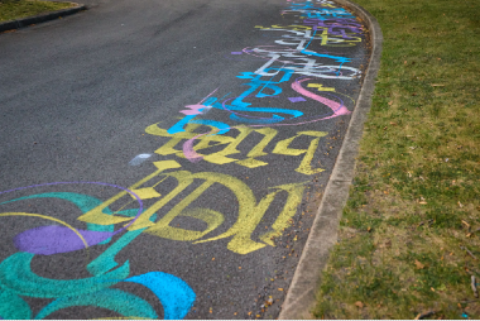 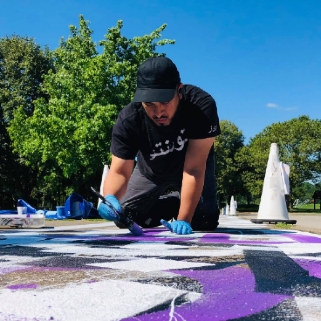 Thank you to the following for funding Muhammad Zaman’s residency: