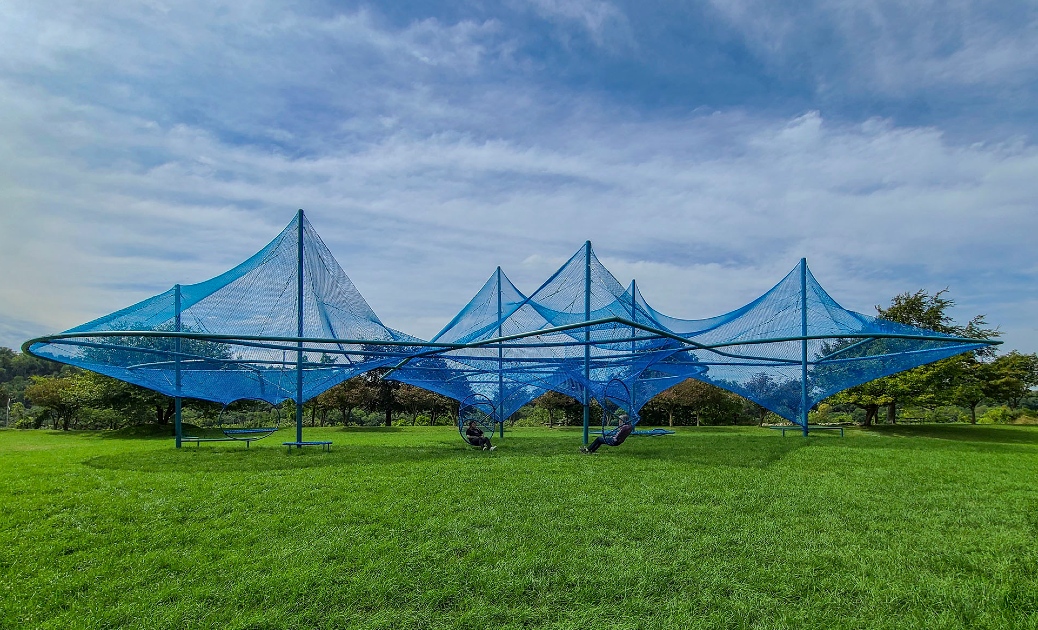 Murmuration is a structure that creates a place for gathering in the landscape. Echoing a flock of birds midair, the installation appears to continually shift its shape as visitors catch glimpses across the rolling Artpark topography.

Guests immerse themselves under the 2,350-square-foot mesh cloud suspended from a steel framework, playing amongst the trees. A constellation of metal frames floating from poles of varying heights is wrapped in netting, giving the canopy its shape. 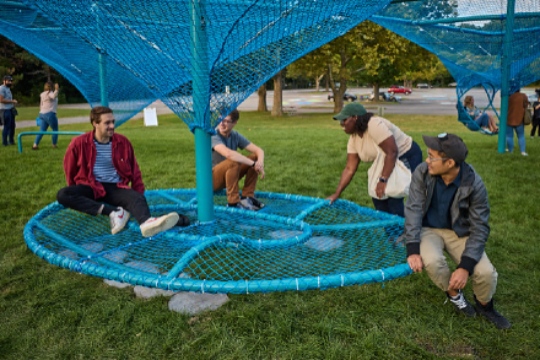 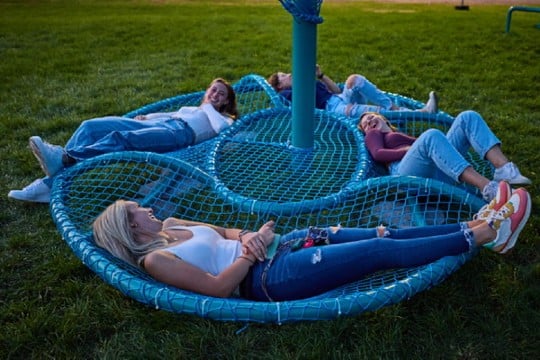 “It’s really exciting and appropriate to install Murmuration as a first step in the transformation of Artpark,” said Florian Idenberg, co-founder, SO-IL. “Murmuration is conceived as a gathering space for various forms of life. The notion that Artpark will transform into a year-round venue for art, nature and culture is represented in this installation, which sits beautifully on the banks of the Niagara Gorge."

By framing new views to its stunning context along the Gorge, the installation reminds us to be conscious of our relationship with the landscape. The structure hosts seating perches and other playful elements designed to encourage conversation, observation, and awareness of our cohabitation with the plants, birds, animals, and insects all around. The pavilion was originally commissioned by the High Museum in Atlanta, where it was installed from July 2020 until February 2021, before migrating north to Artpark. 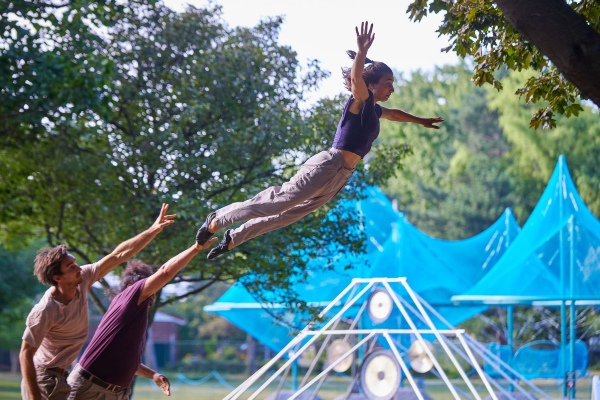 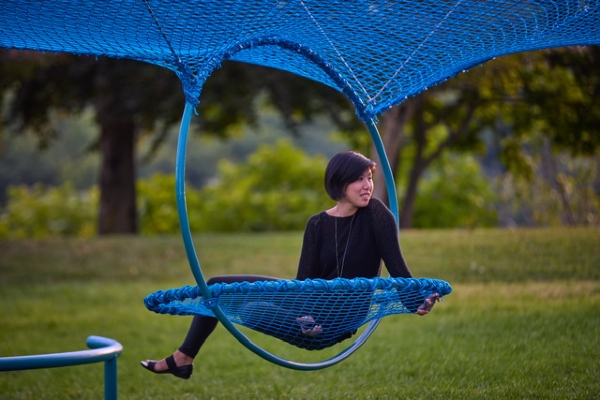 For your safety, please do not climb on the artwork.

Supervise your children at all times.

Thank you to the following for helping to fund Murmuration:

SO – IL (Solid Objectives – Idenburg Liu) is the Brooklyn-based architectural firm founded by Florian Idenburg and Jing Liu in 2008.  They donated Murmuration to Artpark, and led our recently completed Master Plan.

With their highly original voice, Idenburg and Liu help communities connect to their environments through collaboration and participation. Their experiential architectural projects make use of ambiguity and interpretation, allowing for a study of contrasts to emerge. SO – IL believes that meaningful architecture can develop out of the confluence of universal concepts and local specificities, engendering conversations around issues facing society today.

SO – IL’s architectural practice integrates cultural projects and temporary pavilions, including the winning design Pole Dance for the MoMA PS1 Young Architects Program (2010) and Spiky, produced for the 5th China International Architectural Biennial (2013), as well as permanent structures, such as the Jan Shrem and Maria Manetti Shrem Museum of Art at the University of California at Davis (2018), all of which inform the canopy structure seen in Murmuration.

Born in the Netherlands, Florian Idenburg studied architecture at the Delft University of Technology before working for the Japanese architectural firm SANAA in Tokyo. Jing Liu was born in China and was educated in China, Japan, the United Kingdom, and the United States, studying architecture at Tulane University’s School of Architecture. In 2008, they formed their award-winning practice; in the work presented here, they collaborated with SO – IL associates Ted Baab, Andy Gibbs, and Ray Rui Wu.

Photo of Florian Idenburg and Jing Liu by by Vincent Tullo