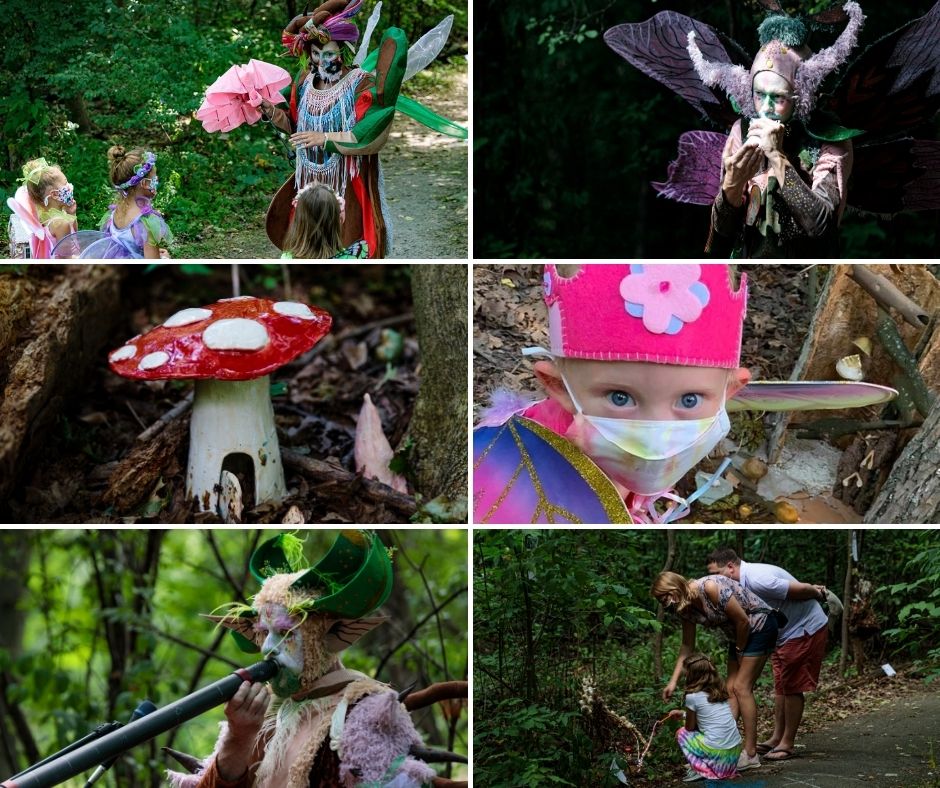 Images by Jordan Oscar except middle, right by Cynthia Pegado


Artpark's sold-out 10th annual Fairy House Festival was modified to include contact-free activities and featured a walk through tour of artist and community-created fairy houses, winding through the Artpark woods.

Visitors marvelled at the fairy house creations and enjoyed the whimsical and enchanting Artpark Fairies and roaming musicians outfitted in new costume creations by Uta Bekaia.


Uta Bekaia is a Georgian-born multimedia artist currently residing and working in New York and Tbilisi. After studying Industrial Design at Tbilisi Mtsire Academy, he debuted as an artist at AMA (Avant-Guard Fashion Assembly) with a sculptural performance. He creates performances and installations inhabited with wearable sculptures, exploring his historical cultural background, genetical codes and cycles of the universe. Currently he is a resident artist at ART OMI, New York, and in partnership with ERTI Gallery, Tbilisi.