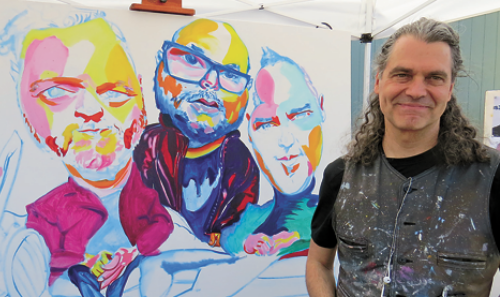 Internationally renowned artist Philip Burke has captured the hearts and minds of rock and roll fans, movie aficionados, sports enthusiasts, politicos, and the general public for over thirty years. Burke’s vivid colors, sparing brushstrokes, and sharp lines have set him apart from all other contemporary artists. His work has adorned the pages and covers of Time, Newsweek, Vanity Fair, The New Yorker, GQ, Vogue, Sports Illustrated, The New York Times, The New York Observer, Slate, Talk, Rolling Stone, and countless other publications. For the past several seasons, Artpark patrons have experienced Burke painting live during select concert events. 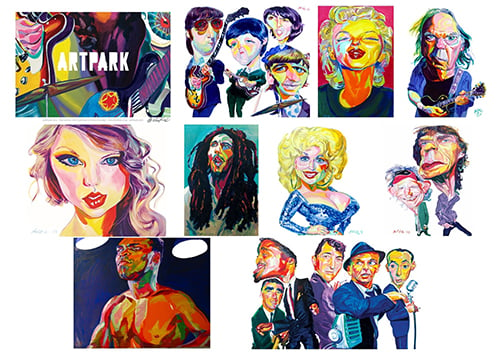 Limited edition prints
John Bartolomei has generously donated a limited number of 27" x19" prints of original art by Philip Burke. Each print is available now for a minimum donation of $150 to benefit future artist residencies at Artpark. There are 10 options to choose from -- Artpark, Bob Marley, Dolly Parton, Muhammad Ali, Mick Jagger & Keith Richards, Marilyn Monroe, Neil Young, The Rat Pack, The Beatles, and Taylor Swift (see images above). Click here to donate now. An Artpark representative will then contact you to confirm your selection(s) and shipping details.