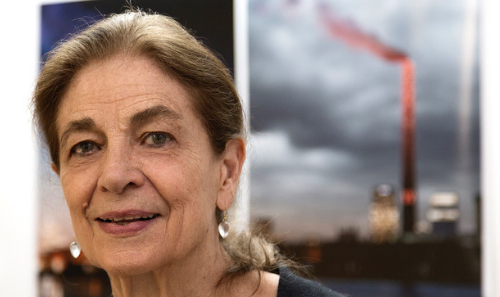 
Mary Miss has reshaped the boundaries between sculpture, architecture, landscape design, and installation, articulating a vision of engagement for the public sphere. In 2009, Miss founded City as Living Laboratory, creating framework for making issues of sustainability and climate change tangible through the arts. Miss is currently working on two urban scale projects, ‘WaterMarks: an Atlas of Water for the city of Milwaukee’ and ‘Rescuing Tibbetts Brook One Stitch at a Time’, a project to help bring a buried stream to the surface in the Bronx. Her work has been shown at the Guggenheim Museum in 2010, the Sculpture Center in 2008, and the Des Moines Art Center in 1996. Miss has been recognized by numerous awards, including a fellowship from the Guggenheim Memorial Foundation, the Urban Land Institute's Global Award for Excellence and the 2017 Bedrock of New York City Award.

Miss and her non-profit City as Living Laboratory have developed a plan for Artpark Laboratory which will transform Artpark into a place where artists are offered opportunities to develop strategies that advance environmental awareness, literacy and sustainable development. The plan was launched with an installation curated by Mary Miss currently at Artpark: Bower by Ellen Driscoll and Joyce Hwang in 2016, currently on display at Artpark. Next steps are awaiting funding.