Christmas as calamity—2020 Ibsen Award winner and MacArthur Fellow Taylor Mac and his long-time collaborators, designer Machine Dazzle, Music Director Matt Ray and producers Pomegranate Arts join together to celebrate the holidays in all of their dysfunction. Holiday Sauce…Pandemic! will blend music, film, burlesque and random acts of fabulousness to reframe the songs you love and the holidays you hate. There is more to the holidays than rampant capitalism and gift giving and in Taylor’s world, creativity and imagination are their own spirituality. This holiday season will be bittersweet for so many— Taylor Mac reminds us of the collective power of our chosen families, a message that will be of particular resonance this year when so many have lost so much.

Holiday Sauce…Pandemic! was commissioned by The International Ibsen Festival, The Norwegian Ministry of Culture and The National Theatre of Oslo who present it with additional support from Artpark, ASU Gammage at Arizona State University, Berliner Festspiele, UCLA’s Center for the Art of Performance, Curran-San Francisco, Firstworks/Brown Arts Initiative, The Guthrie Theater, The Hopkins Center for the Arts at Dartmouth, Live Arts Miami, OZ Arts Nashville, Park Avenue Armory, Seattle Theatre Group and On The Boards, Stanford Live at Stanford University, Teatros del Canal Madrid, TO Live, UtahPresents, and Wexner Center of the Arts at the Ohio State University.

VIP Virtual After Party celebrating the LGBTQ+ community and honoring Ari Moore
Immediately following the performance, Artpark and the LGBTQ+ community with emcees Anthony Chase & Javier Bustillos will host a local party via Zoom. During the After Party, we will honor artist Ari Moore, Buffalo’s first prominently out Black trans woman who has established herself as a leader and matriarch of the local movement for decades. Moore owned and operated the Inner City Art Studio before joining the Buffalo Police Department, where she served as an officer for 25 years. Members of the Holiday Sauce community will “stop by” to join the festivities with our honoree in attendance. 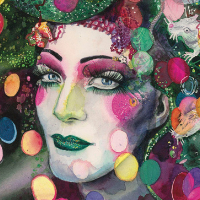 Made possible with generous support from:

Watch Paula create the cocktail at the video below.

Visit Paradise Wine at 435 Rhode Island St. in Buffalo, NY for all your wine & spirits needs!

Muddle an orange slice with 2 or 3 thin slices of Jalapeno. Add all ingredients and stir. Strain into glasses. Add ice or serve straight up. Lime garnish

The Pride Center of Western New York, an affiliate of Evergreen Health, is a Buffalo-based 501(c)3 health promotion organization specializing in lesbian, gay, bisexual, transgender and queer (LGBTQ+) health and HIV prevention. Established in 2001, The Pride Center's goal is to promote the lifelong health and well-being of LGBTQ+ people.  Located in Buffalo, NY, the Pride Center provides services ranging from HIV testing and LGBTQ+ cultural competency training to facilitating support groups and hosting social events throughout the eight counties of Western New York.

Niagara Pride, Inc. is a newly incorporated organization, previously known as Niagara County Pride. Niagara Pride is an organization focused on education and community service, working towards helping the LGBTQ community in and around Niagara County, as well as promoting diversity awareness. Niagara Pride helped organize the first Pride Celebration in Niagara County in 2019, and has held multiple successful food, clothing and school supply drives, all geared towards directly benefiting the local LGBTQ community.  The organization has hosted multiple free events, such as community wide picnics, holiday meals, and other celebrations as a way to bring LGBTQ individuals, families, and allies together in a safe and welcoming environment. They have worked hard to promote LGBTQ awareness, by organizing Pride flag raising ceremonies throughout Niagara County, facilitating presentations and lectures on topics such as diversity, employment discrimination, and health matters, and holding community wide health fairs to connect LGBTQ individuals with providers who understand the unique health needs of the LGBTQ community. 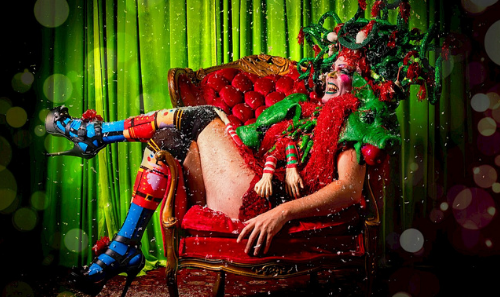 About Taylor Mac
Taylor Mac—who uses “judy” (lowercase sic unless at the start of a sentence, just like a regular pronoun), not as a name but as a gender pronoun—is a playwright, actor, singer-songwriter, performance artist, director and producer. Judy’s work has been performed in hundreds venues including on Broadway and at New York’s Town Hall, Lincoln Center, Celebrate Brooklyn, and Playwrights Horizons, as well as London’s Hackney Empire and The Barbican, D.C.’s Kennedy Center, Los Angeles’s Royce Hall and Theater at the Ace Hotel (through UCLA’s Center for the Art of Performance), Chicago’s Steppenwolf Theatre, the Sydney Opera House, The Melbourne Festival (Forum Theater), Stockholm’s Sodra Theatern, Spoleto Festival, and San Francisco’s Curran Theater and MOMA. Judy is the author of many works of theater including, Gary, A Sequel to Titus Andronicus, The Fre, A 24-Decade History of Popular Music, Hir, The Walk Across America for Mother Earth, Comparison is Violence, The Lily’s Revenge, The Young Ladies Of, Red Tide Blooming, The Be(a)st of Taylor Mac, Cardiac Arrest or Venus on a Half-Clam, The Face of Liberalism, Okay, Maurizio Pollini, A Crevice, and The Hot Month and the soon to be premiered play, Prosperous Fools and The Hang. Sometimes Taylor acts in other people’s plays (or co-creations). Notably: Shen Teh/Shui Ta in The Foundry Theater’s production of Good Person of Szechwan at La Mama and the Public Theater, in the City Center’s Encores production of Gone Missing, Puck/Egeus in the Classic Stage Company’s A Midsummer’s Night Dream, and in the two-man vaudeville, The Last Two People On Earth opposite Mandy Patinkin and directed by Susan Stroman.

Mac is the 2020 Ibsen Award winner, a MacArthur Fellow, a Pulitzer Prize Finalist for Drama, a Tony Award® nominated playwright, and the recipient of multiple awards including the Kennedy Prize for Drama Inspired by American History, a NY Drama Critics Circle Award, a Doris Duke Performing Artist Award, a Guggenheim, the Herb Alpert in Theater, the Peter Zeisler Memorial Award, the Helen Merrill Playwriting Award, 2 Bessies, 2 Obies, a Helpmann, and an Ethyl Eichelberger Award.  An alumnus of New Dramatists, judy is currently a New York Theater Workshop Usual Suspect and the Resident playwright at the Here Arts Center.

Taylor Mac was an artist-in-residence at Artpark in June 2020. Read more

Taylor is the first American to receive the International Ibsen Award, often referred to as the Nobel Prize of Theatre. Enjoy this profile of Taylor Mac: