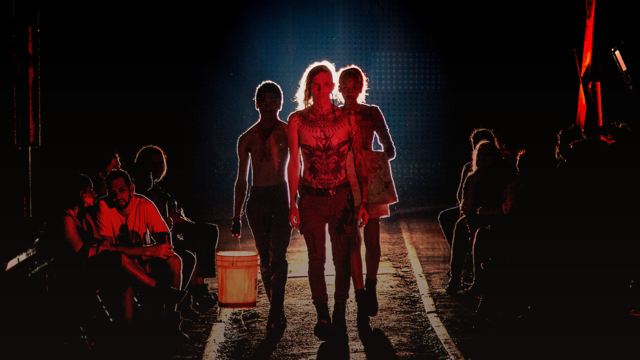 At the Gene Davis "Niagara 1979" painted lot on the grounds of Artpark.

Torn Space Theater, the creators behind Buffalo’s most popular costume dance party Prom of the Dead, returns with a one-night-only celebration in a new venue- the “Niagara 1979” color field by artist Gene Davis on the grounds of Artpark on Friday June 17, 2022 at 7:00pm

CrossWalk is a site-based performance and fashion installation designed for the open space of “Niagara 1979” at Artpark. The performance will collaborate with Michele-Elise Burnett, President of Kakekalanicks and Indigenous Art Producer at Artpark, a local Bengali cricket team to stage a live cricket match, fashion designers and two Buffalo-based bands.

Audiences will view a cricket match in the golden hour while enjoying a cocktail party as they pose for photographs; as the sun begins to set over the iconic gorge a ceremony conducted by Indigenous Artists will open up the space. Theatrical lighting and a designed soundscape with pre-recorded text will take over, altering the context of the evening and positioning the event within a designed fashion show. As the fashion show progresses and night arrives, live bands will provide the soundtrack for the remainder of the evening’s activities; where models, athletics and machines engage with the surrounding landscape.

Attendees are asked to dress in monochromatic colors reflective of the “Niagara 1979” color field, meaning outfits of all pink, orange, yellow or turquoise. If those colors are not in the closet then audiences may wear all black or all white. Photographers and videographers will capture both performers and audience members for a virtual reality experience to be released at a later date.

This partnership with Artpark is part of Torn Space’s INTERSECTION: Performance Series. The series, which highlights the wide variety of artist communities in Western New York, transcends expectations for typical theatrical experiences. Unlike traditional sit-down performances, CrossWalk is an event – a celebration of time and place, experienced in the present.

CrossWalk will take place at Artpark, located at 450 S 4th St. Lewiston, NY 14092, for one night only. This performance is partly made possible by the New York State Council on the Arts with the support of the Office of the Governor and the New York State Legislature, along with the following lead sponsors: Cullen Foundation, Erie County, Ralph C. Wilson Jr. Foundation, Stenclik Family Charitable Foundation, the June Farrington Fund, M&T Bank and REDC. 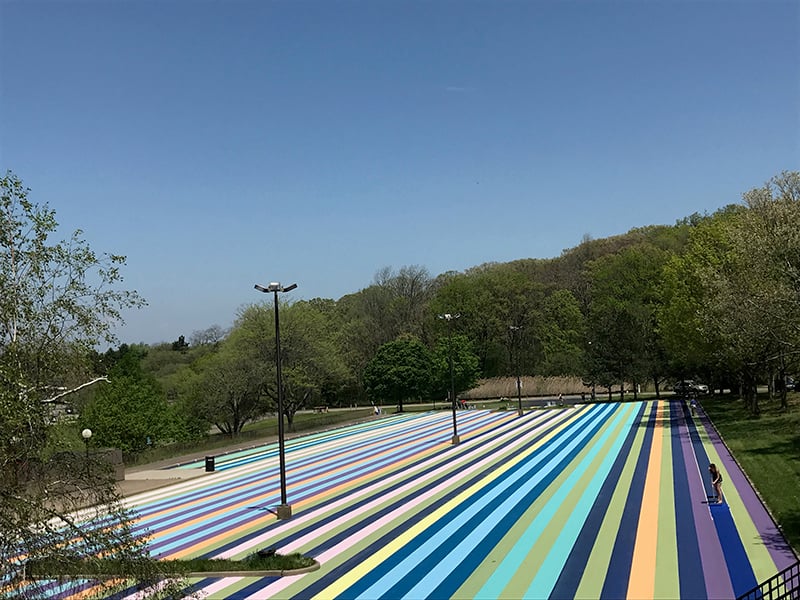