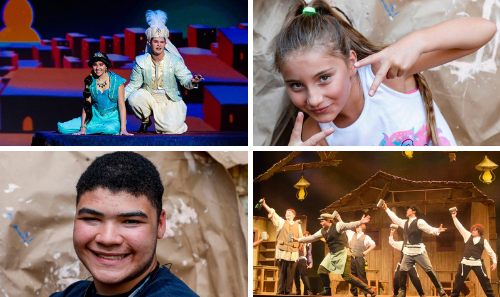 Please email [email protected] to schedule a slot.  We ask that you email a resume when you request an audition slot. The audition will be a song and you are also welcome to do a small dance if you want. If you cannot make the ZOOM audition you can submit a video audition to [email protected] by MAY 1.

The Artpark SCHOOL OF ROCK Theatre Academy will run from June 28-July 16, 2021 with 1 performance at the Outdoor Amphitheater on July 18. All Covid protocols will be followed.

The Academy is limited to 30, and open to ages 10-18. Click here for details on how to purchase and register for the 3-week program.

We are auditioning all roles including ensemble. There are three specific roles that require playing an instrument and vocal training with information included below:

Ms. Mullins- Prepare and submit a full solo piece from the standard musical theatre repertoire. If possible, the solo should demonstrate the extremities of your vocal range. This is a large role for a female soprano vocalist.

Should prepare one verse and refrain of a pop tune of your choice (playing and singing).  Piece can be performed with a chordal accompaniment with bass line.  Piece should also demonstrate vocal quality and vocal range.  Should demonstrate improvisation ability equivalent to a 12-bar blues (2 choruses).  A play along track or live accompaniment is encouraged.

ABOUT THE SHOW: SCHOOL OF ROCK is a musical based on the popular Paramount film written by Mike White, which starred Jack Black. The musical follows Dewey Finn, a failed, wannabe rock star who decides to earn a few extra bucks by posing as a substitute teacher at a prestigious prep school. Completely disinterested in academic work, Dewey decides to create his own curriculum, turning his class into a guitar-shredding, bass-slapping, mind-blowing rock band. The stage musical on Broadway was produced by Andrew Lloyd Webber, who composed 14 new songs to create a score, which also features all of the original songs from the movie. SCHOOL OF ROCK, with its sensational live kids' rock band, is a loving testimony to the transforming power of music. May the spirit of rock be with you! 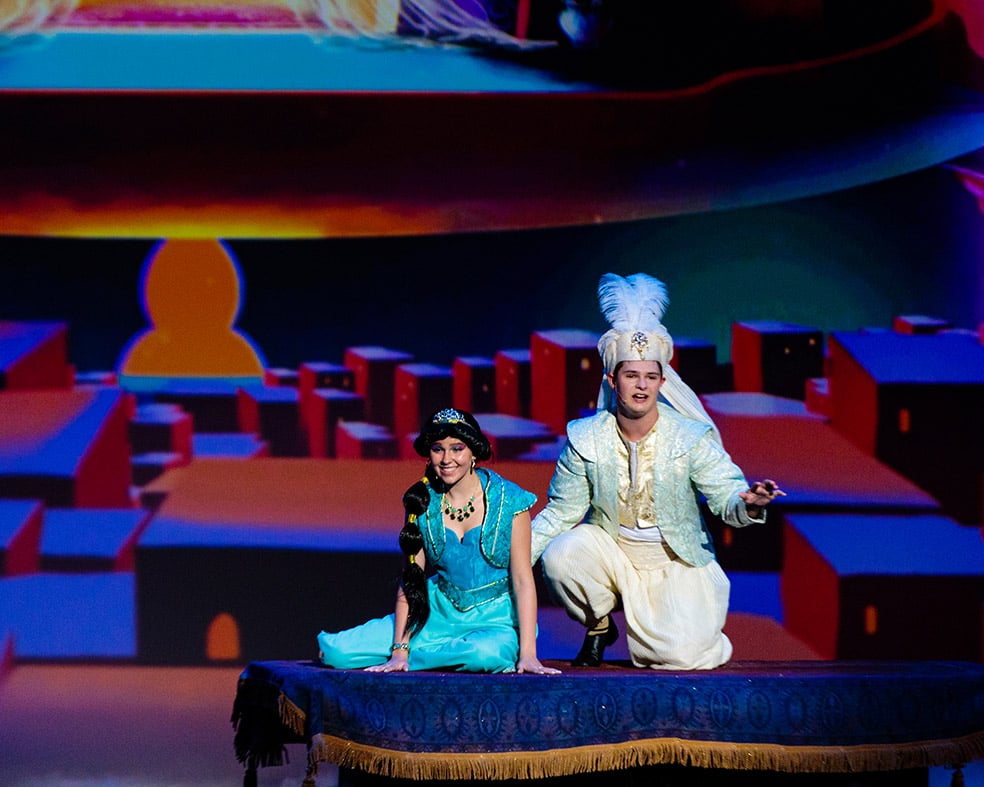 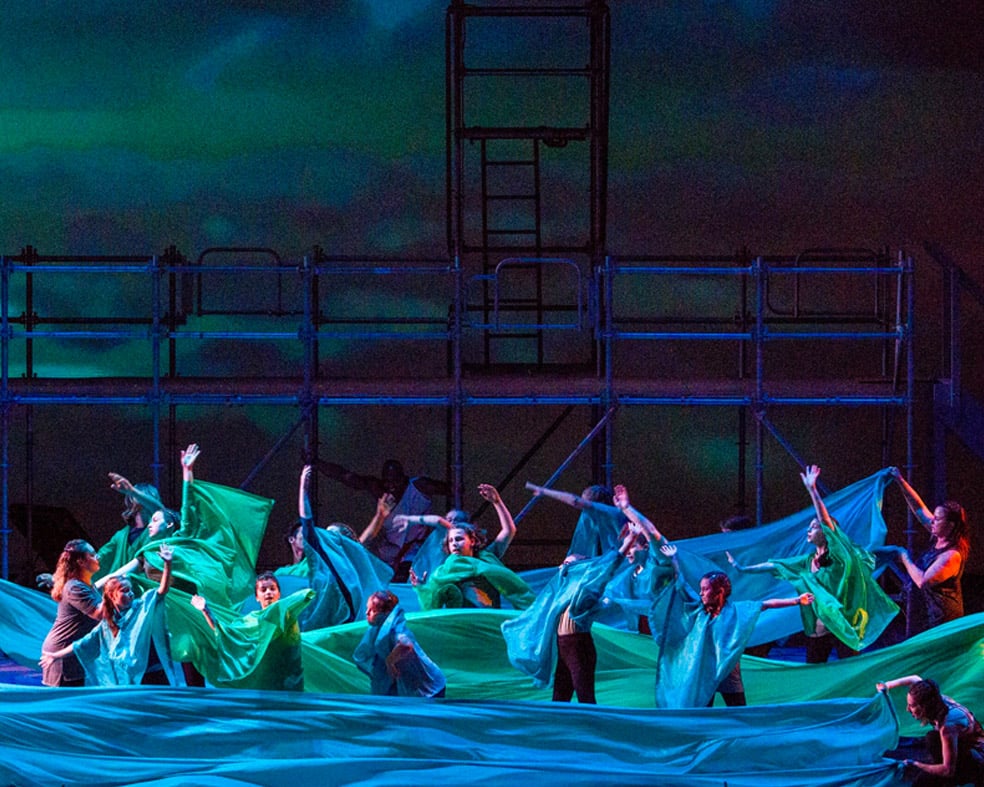 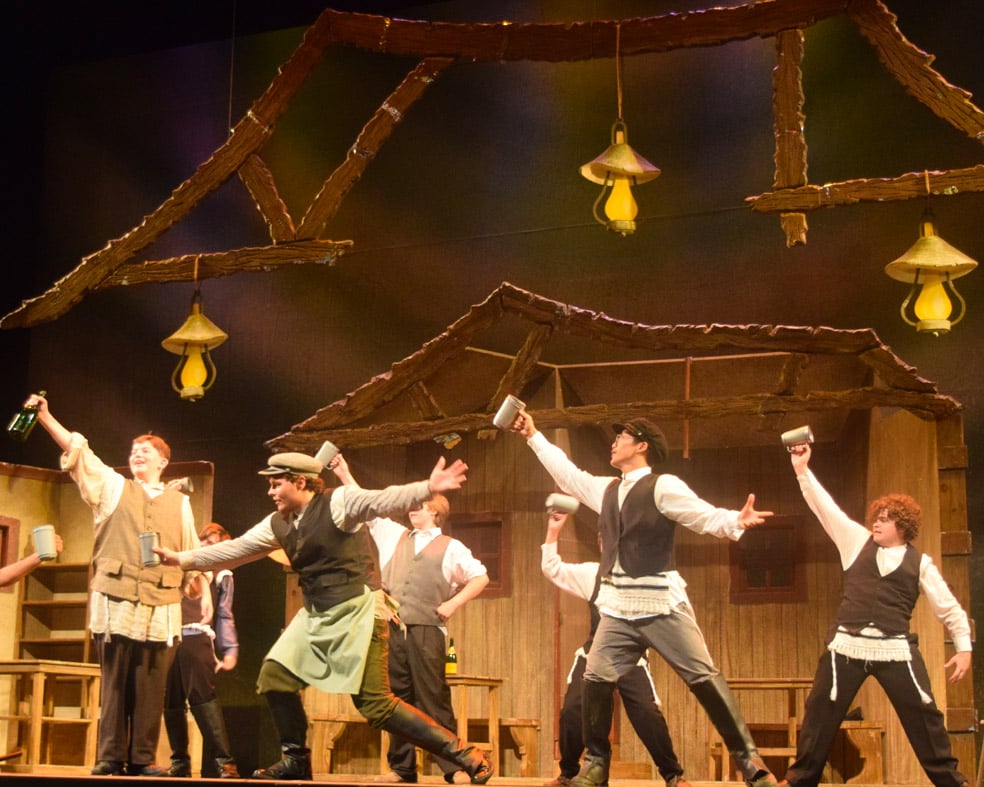 "Fiddler on the Roof, Jr." -- Photo by Tatyana Wilds 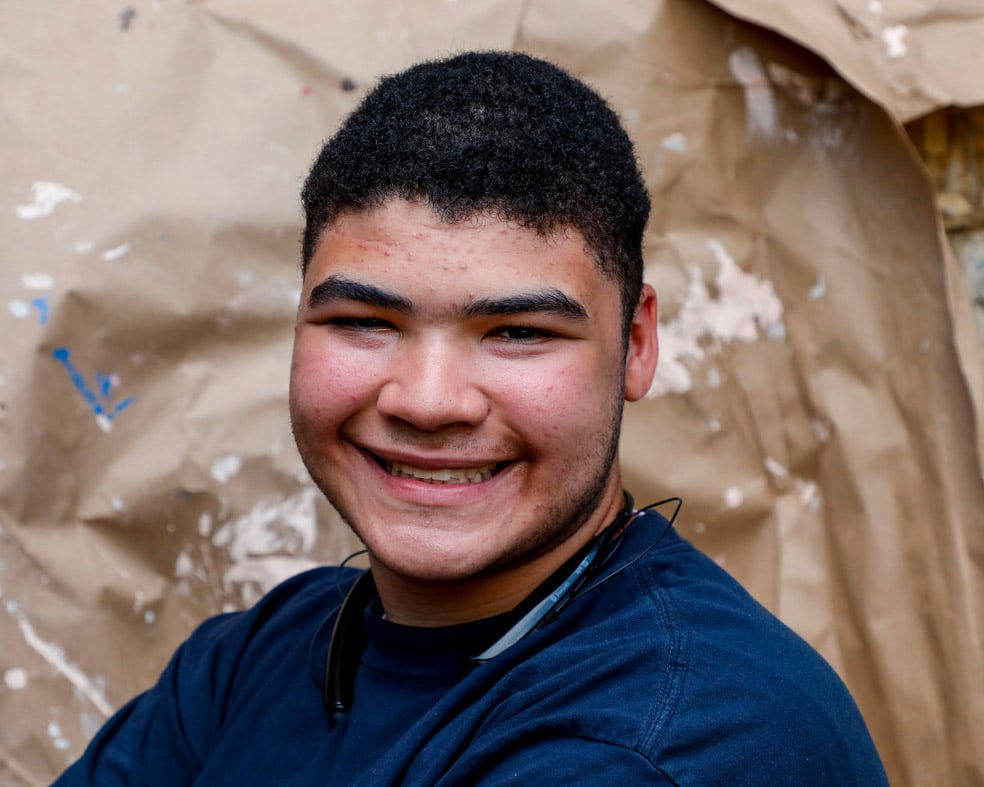 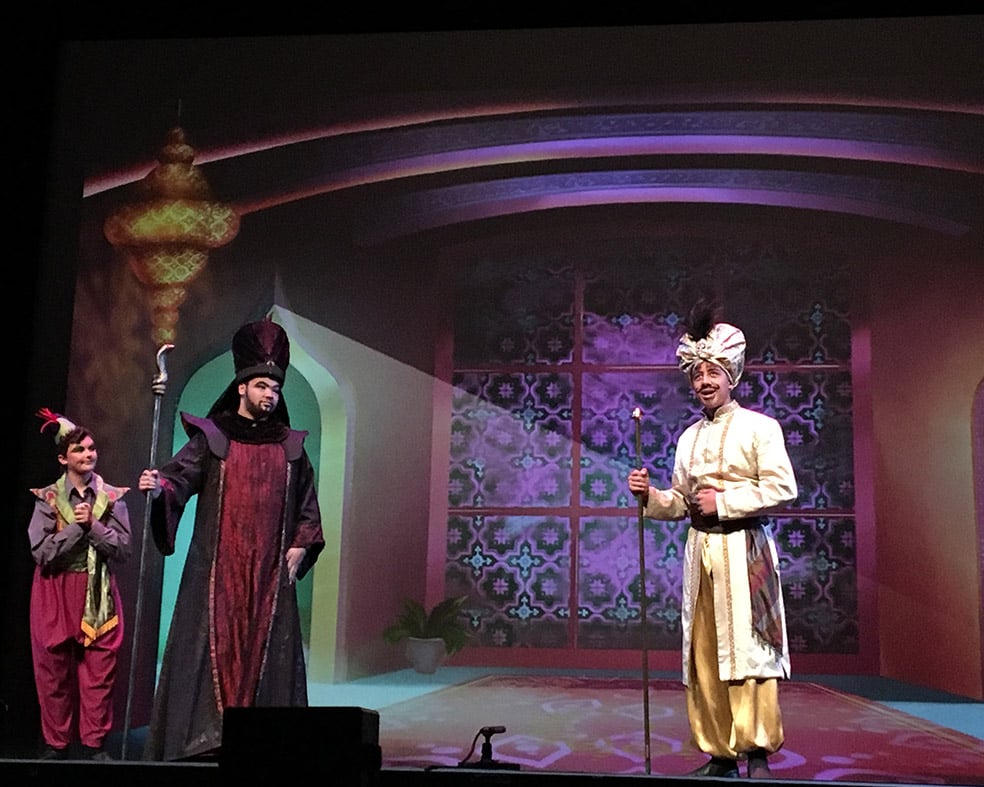 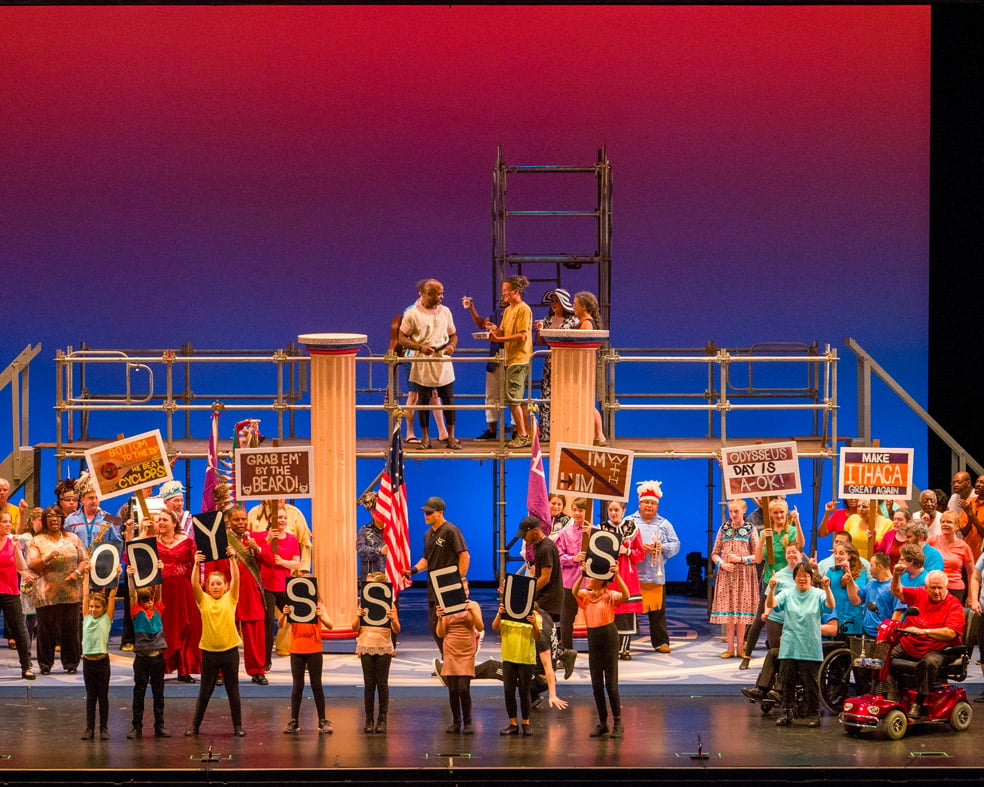 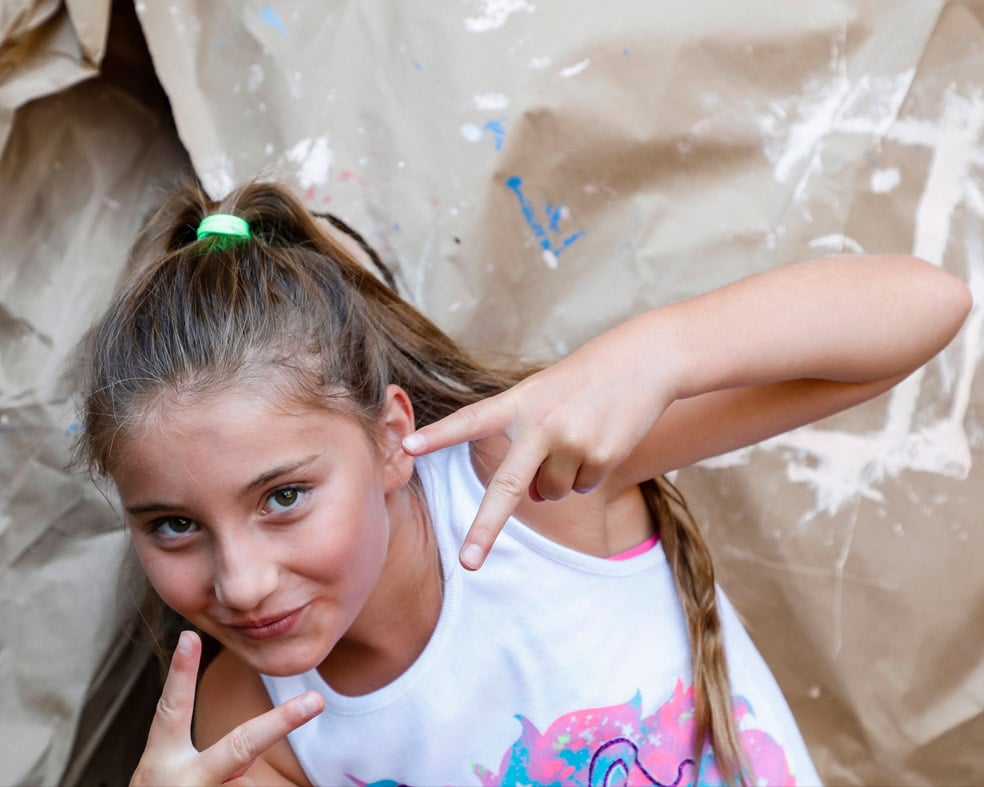