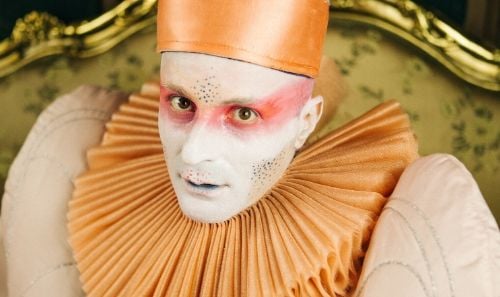 
Watch the live stream on Artpark's Facebook page this Sunday at 6:30pm

Music in the Woods is a series of FREE, eclectic and intimate Sunday performances set outdoors in Artpark’s scenic Lower Park Emerald Grove area overlooking the Niagara River. These social distanced concerts present a slate of both major national and local talent in concerts ranging from jazz to Baroque and new music.

This delightful and unique Baroque program with a theatrical flare will feature an eight-piece ensemble led by music director Moshe Shulman with some of the best WNY musicians, special guest pianist Sergei Dreznin, performer Phil Wackerfuss, and a very special surprise by artist Uta Bekaia. Due to COVID-19 quarantine regulations, Eric Jurenas will be replaced by soprano Colleen Marcello Brecker. The program will include some of Baroque’s most romantic arias such as Purcell’s “Dido’s Lament,” Vivaldi’s “Sileant Zephyri” and J.S. Bach’s “Erbarme Dich” and more.

Sergei Dreznin is a Moscow-born, New York-based pianist and composer. Trained in Russia’s finest music schools, he has won prizes and critical recognition in Russia, Europe and the United States. He is one the world's most versatile musicians, with 17 music theater productions realized in Vienna, New York, Madrid, Moscow and Paris. The New York Times recognized Mr. Dreznin’s “virtuosity… grace, pliancy and confidence” and “seemingly limitless reserves of volume.” He appears regularly at prestigious music festivals including Bard Music (New York), the Sviatoslav Richter in Tarusa, Russia and Annecy Classic in France.

Inspired by ancient mythology, fairy tales, Italian Baroque, and Georgian Dada, Bekaia with his exuberant, sculptural costumes, reinvents and re-stages long lost, never-before-documented rituals. Believing in genetical transferability of communal memory, Bekaia attempts to re-connect with ancient knowledge and impregnate it with his own experiences and new meaning, such as his current Baroque project work, which performance attendees will see brought to life.

This event has reached capacity. No additional RSVPs will be accepted.


Adjacent to the performance area Art Bar will be offering snacks, beer, wine and other beverages.


Music in the Woods is supported by: