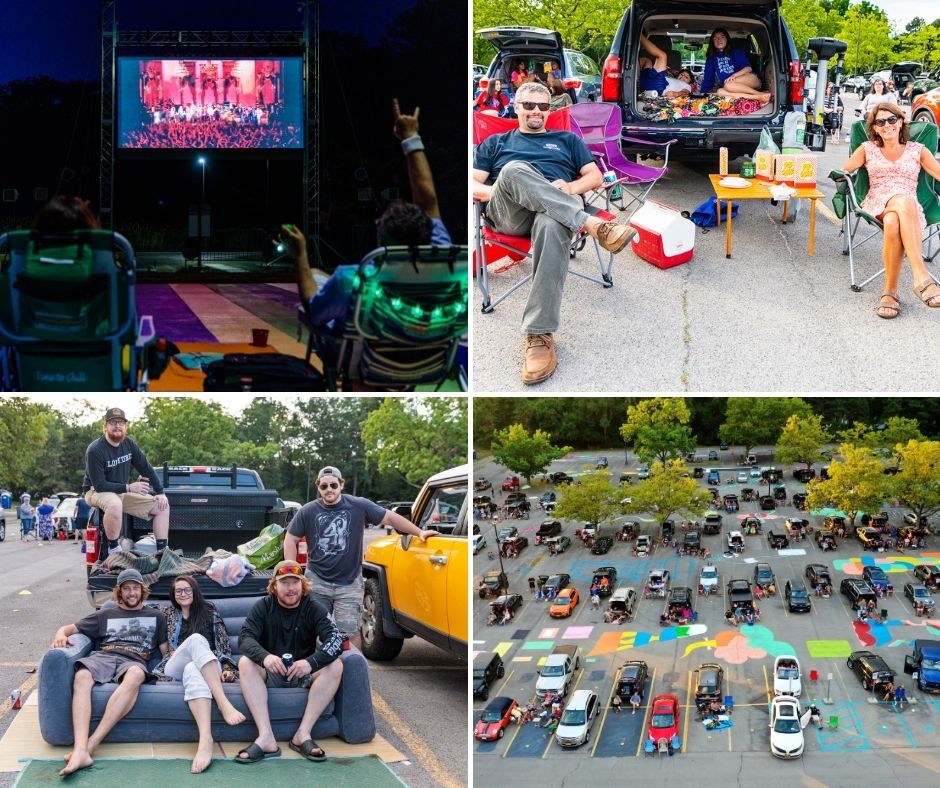 Artpark's Lower lot and "Niagara 1979" Painted lot were turned into a drive-in on Tuesday & Thursday evenings during the 2020 season. The series offered an opportunity for audiences of all ages to enjoy an affordable, safe, socially distanced evening of entertainment at Artpark. In a nod to Artpark's popular Tuesdays in the Park concert series, Tuesday evenings featured music documentaries, concert films, and other music-related content. Film selections on Thursdays appealed to general / family audiences. Films were shown on three large LED screens.