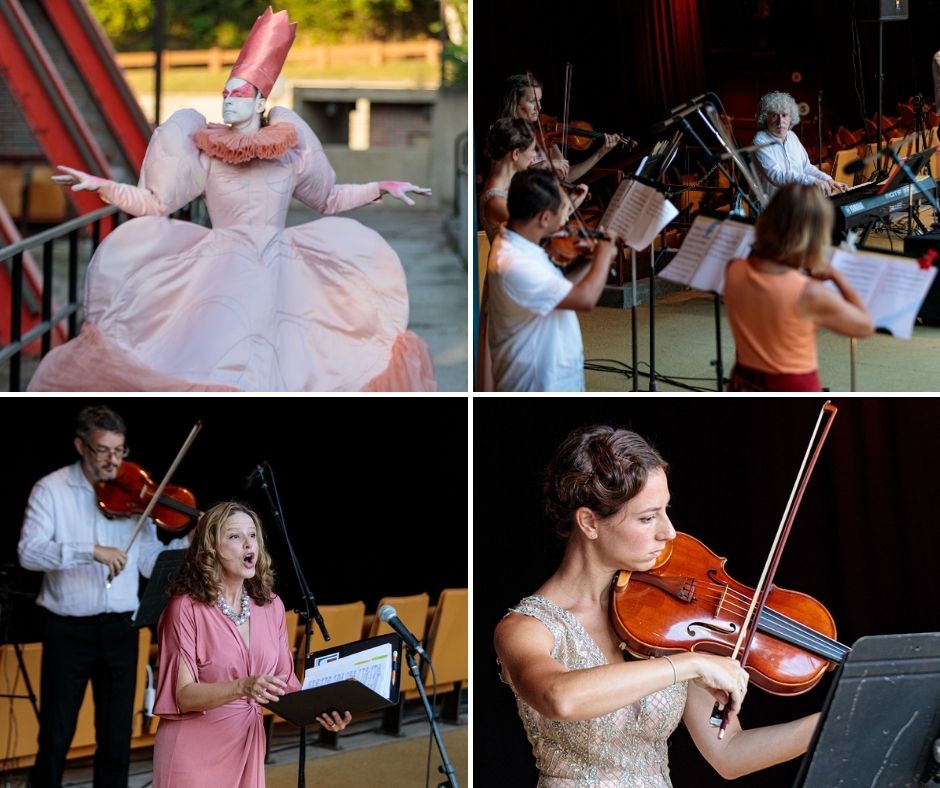 Sergei Dreznin is a Moscow-born, New York-based pianist and composer. Trained in Russia’s finest music schools, he has won prizes and critical recognition in Russia, Europe and the United States. He is one the world's most versatile musicians, with 17 music theater productions realized in Vienna, New York, Madrid, Moscow and Paris. The New York Times recognized Mr. Dreznin’s “virtuosity… grace, pliancy and confidence” and “seemingly limitless reserves of volume.” He appears regularly at prestigious music festivals including Bard Music (New York), the Sviatoslav Richter in Tarusa, Russia and Annecy Classic in France.

Inspired by ancient mythology, fairy tales, Italian Baroque, and Georgian Dada, Bekaia with his exuberant, sculptural costumes, reinvents and re-stages long lost, never-before-documented rituals. Believing in genetical transferability of communal memory, Bekaia attempts to re-connect with ancient knowledge and impregnate it with his own experiences and new meaning, such as his Baroque project work, which performance attendees saw brought to life.

View photos from the performance

Music in the Woods 2020 was supported by: