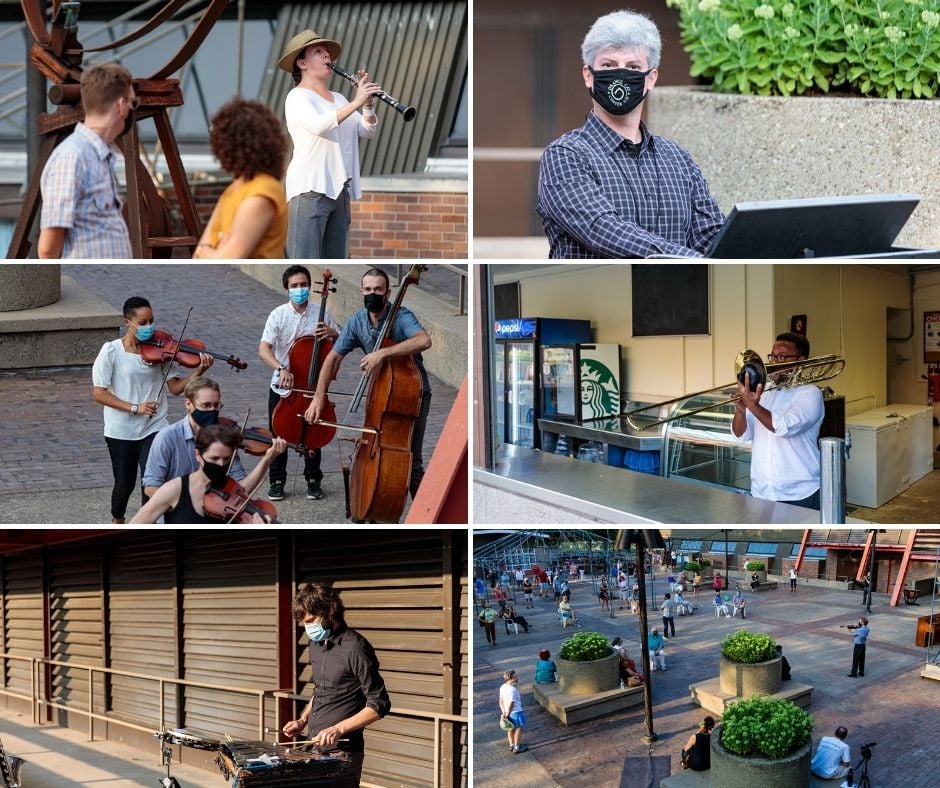 Described by The New York Times as "...one of the most vital and original ensembles on the American music scene," Alarm Will Sound (AWS) presented John Luther Adams' Western New York premiere of "Ten Thousand Birds" written especially for AWS. The piece is based on the songs of birds that are native to, or migrate through the area in which the piece is performed. It explores the connections between nature and music, a topic that Pulitzer Prize and Grammy Award-winner John Luther Adams has pursued over the course of his remarkable career and is a common theme in Artpark's programming.

"We've designed this performance so that the musicians and audience can move around each other, always at a safe distance, listening from changing perspectives while surrounded by the music." -- Alan Pierson, Artistic Director, AWS

"One of my greatest hopes for my music is that it may be of use. So I'm thrilled that Alan and the musicians of Alarm Will Sound have found such a creative use for "Ten Thousand Birds." At this difficult moment, it's more important than ever for us to remember our connections with the larger-than-human world, and to celebrate the never-ending music of the miraculous planet that is our one and only home." -- John Luther Adams


Go behind-the-scenes with Alarm Will Sound as they prepared for a return to live performance during the pandemic:

This engagement of Alarm Will Sound was made possible through the ArtsCONNECT program of Mid Atlantic Arts Foundation with support from the National Endowment for the Arts.